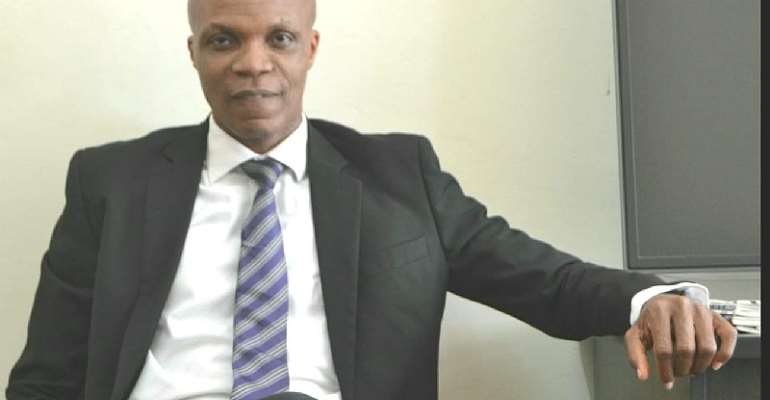 The leadership of the Technical University Teachers Association of Ghana (TUTAG), has called on the public to disregard claims that the association demanded from government that its members receive equal allowances as professors of other universities are entitled to.

Speaking to Lord Kweku Sekyi, the General Secretary of TUTAG, Joseph Danso, called on the public to disregard the content in a statement which has been in circulation on various social media platforms, particularly WhatsApp, and purported to be from the Fair Wages and Salaries Commission.

He said, although the statement does not bear the official letterhead of the Fair Wages and Salaries Commission, recent utterances by the commission's Head of Public Affairs, Earl Ankrah, give credence that the FWSC is behind its fabrication and spread.

He said the leadership of the striking lecturers, in a bid to express their displeasure at the posture of the FWSC has issued an official statement in response to the various claims.

Below is the full statement:
RE: FAIR WAGES AND SALARIES COMMISSION (FWSC) UPDATE ON GOVERNMENT-TUTAG DELIBERATIONS SO FAR

The attention of TUTAG has been drawn to a write-up circulating in the media attributed to FWSC purporting to provide an update on government-TUTAG deliberations relating to the sit-down strike by TUTAG. We wish to state without prejudice or equivocation that the version of events on the subject matter as supposedly authored by the FWSC is misleading, and contains serious factual inaccuracies which TUTAG addresses as follows:

1. TUTAG has not been migrated onto the SSSS for public universities along with all allowances due them as claimed by the FWSC. Per a letter dated 6th August 2019 from the Minister of Finance, TUTAG was supposed to be migrated onto the public university salary grade structure of the SSSS effective August, 2019. However, only one item on the structure, namely, interim market premium, was computed and paid in September, 2019. Already, the basic salary for respective lectureship grades at the public universities and polytechnics in Ghana are essentially the same across board. Unfortunately, the migration occurred without the requisite allowances due TUTAG per the public university salary grade structure. TUTAG demands that the requisite allowances be paid to its members, went unattended and this led to the declaration of a sit-down strike by TUTAG. TUTAG never demanded to be "accorded equal allowances exactly as it is with university professors" because TUTAG knows that the term "professor" in a Ghanaian university, is a rank, and such a professor is part of the senior members in the university who receive similar categories of allowances, and there are no allowances specifically designed for university professors in Ghana that TUTAG can demand same. TUTAG cannot ask for something which does not exist in the first place.

2. TUTAG stated clearly at the meeting with government that we were not there to negotiate new allowances, but to demand payment of all payroll related allowances due senior members as per the migration which were already being paid as part of the SSSS for public universities in Ghana. Government requested the names of the allowances concerned and TUTAG respectfully supplied the information including the rates of the allowances in some public universities. FWSC confirmed the allowances but indicated that there are differences in these allowances at the respective universities, therefore they were in the process of streamlining the rates which would take time to complete. In the spirit of fairness and equity, TUTAG asked to be paid the least rates as pertains at UPSA for instance, pending completion of the streamlining exercise by FWSC. Government rejected this and sought to negotiate new and lower rates with TUTAG. Naturally, TUTAG resisted this move by government. Government further proposed to pay its proposed lower rates to TUTAG till hopefully April, 2021 when the lower rates would be raised to the prevailing rates in public universities.TUTAG could not agree to this either. It is therefore, false, mischievous and insulting of the intelligence of TUTAG and perhaps the public, for anyone to suggest that TUTAG made dire demands for "Entertainment Allowance" and that one of the reasons TUTAG embarked upon the strike "irrespective of the effect on the teeming students in the country" was this particular allowance.

3. TUTAG did not, and could not have demanded any "relaxation of the requirements to become a full-fledged professor" since those requirements for promotion are properly captured in the Scheme of Service and respective statutes of the various universities in Ghana. TUTAG knows that this meeting with government was not the appropriate forum for addressing issues relating to promotion and staff progression at technical universties.

4. The Ministers present did not table any proposal to financially support staff of technical universities who need to upgrade their qualifications as claimed by FWSC. TUTAG rather reminded government of the need to invest in staff development at the young technical universities, stating the need for government to provide support for staff to upgrade their qualifications, to which the Ministers indicated could be given a thought. Meanwhile, some staff had their ranks downgraded (redesignated) to their disadvantage in terms of status.

5. If government did not reject our legitimate demand for the payment of all allowances due us in line with the least rates available at public university, there would not have occurred any stalemate. To our students we want you to know that we are concern of your plight, however this fight is necessary to maintain and sustain an environment conducive for motivational teaching and learning for the good of all students and Ghana at large. We want to assure the general public that TUTAG has been very cooperative throughout the process of conversion and migration and has not demonstrated any ill fate so far. However, TUTAG will not relent on its legitimate rights to demand what is due its members in full.