We've Not Being Migrated To Single Spine Salary Structure – TUTAG 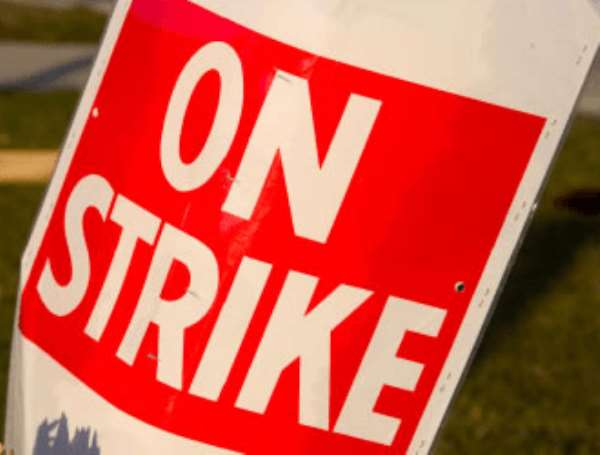 The Technical University Teachers’ Association of Ghana (TUTAG) has refuted claims its members have been migrated onto the Single Spine Salary structure for public universities.

According to them, such claims are all false and have no merit.

A statement signed by the associations’ General Secretary, Joseph Danso, said although a letter from the Finance Ministry directed their migration to the SSSS, only their interim market premium was paid in September 2019.

The group also denied making any outrageous demands being purported by some government spokespersons and the Fair Wages and Salaries Commission (FWSC).

The group also blamed the Government for their decision to go on a strike.

“TUTAG has not been migrated onto the SSSS for public universities along with all allowances due them as claimed by the FWSC.”

“Per the letter dated 6th August 2019 from the Minister of Finance, TUTAG was supposed to be migrated onto the public university salary grade structure of the SSSS effective August 2019. However, only one of the item namely the interim market premium was computed and paid in September 2019.”

TUTAG also assured the public that its leadership are being very cooperative throughout the process of conversion and migration, adding that they have not demonstrated any ill fate so far.

“We want to assure the general public that TUTAG has been very cooperative throughout the process of conversion and migration and has not demonstrated any ill fate so far. However, TUTAG will not relent on its legitimate rights to demand what is due its members in full.”

TUTAG has also in the past said government had failed to place its senior staff and senior members in administration on the appropriate base pay, following the conversion of polytechnics into universities.

Speaking to Citi News, the Greater Accra Regional Chair of TUTAG, Dr. Ibrahim Zubeiru said government failed to heed to the demands of TUTAG thus the continuation of the strike.

“The people we are negotiating with did not accept the demands we brought on the table. In order to be win-win for all of us, while we accept theirs, they should also do the same for us to be on the same page. The strike will [thus] continue unabated,” he said.