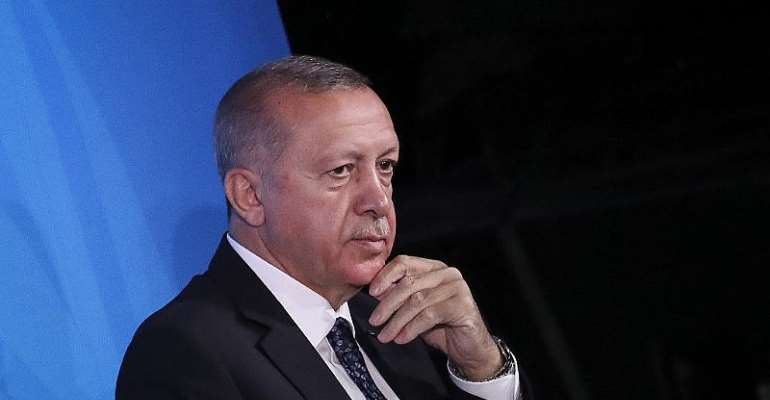 Yesterday's front page splash pictures Erdogan making a military salute, and denounces him as an "eradicator" of Syria's Kurds – asking if he should be allowed to carry out his “massacre”.

A complaint filed with the attorney general in Ankara said Le Point had attacked the "honour and dignity" of the Turkish president, the state-owned Anadolu Agency reported.

It targets the magazine's director, Etienne Gernelle, as well as editor-in-chief of the international section, Romain Gubert.

Under a ceasefire plan, the YPG is required to withdraw to within 30 kilometres of the Turkish border, to allow for the creation of a "safe zone" where Syrian refugees can be resettled.

Several countries fear that repatriating the refugees from Turkey will change the demographic composition of the border area.

Other Western media have also accused Turkey of ethnic cleansing.