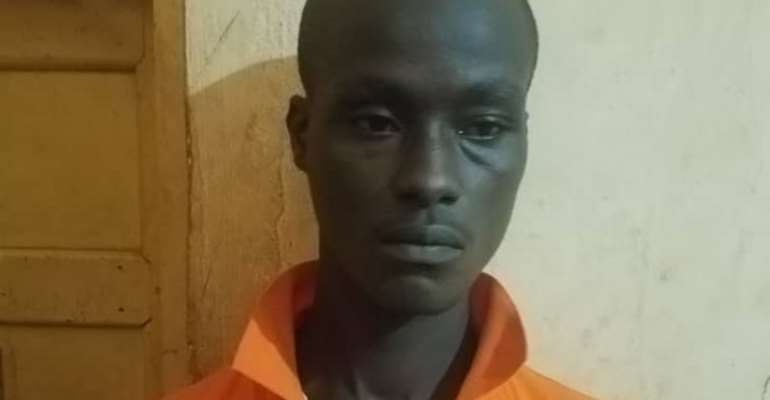 A 29-year-old man, Akwasi Konadu, who sexually abused a three-year-old girl left under his care by the mother, has been jailed for 22 years.

The convict, a co-tenant of the complainant, lured the victim to his room, in a house at Kokotro near Abodom in the Bekwai Municipality of the Ashanti Region, where she was sexually abused, a court heard.

The incident happened on Friday, September 27, 2019, at about 11:00am, police prosecutor, Detective Inspector Stephen Ofori, told the Bekwai Circuit Court, presided over Fredrick Nawura, during trial.

Akwasi Konadu, a galamseyer, was convicted of defilement of female under age 16, contrary to section 101 of Act 29/60, after pleading guilty to the charge.

Prosecution informed the court that the convict attempted to wash away blood and faecal matter that came out of the victim after the abuse during which a grandmother of the girl chanced upon him.

According to inspector Ofori, the girl's grandmother was passing behind the convict's room when she overheard a spine-chilling cry from the victim, and proceeded to the house to discover the incident.

He narrated that Akwasi Konadu could not give any tangible answer when he was questioned about the blood oozing form the victim's vagina.

A report was made to the police after the girl was sent to Akomaa Memorial Hospital which referred her to the St Michael Hospital at Pramso for treatment.