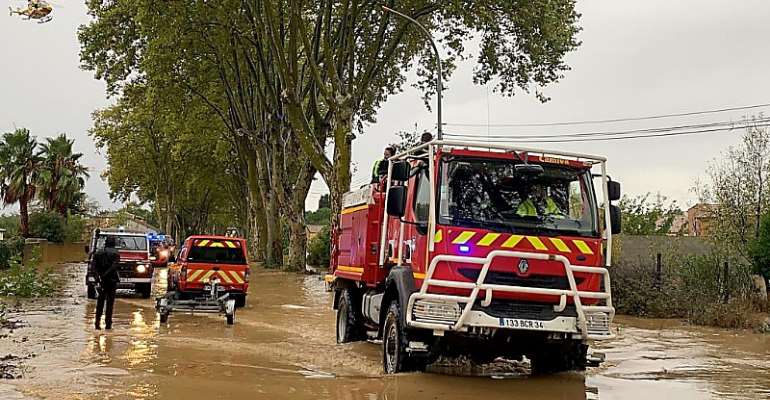 Three people have died in flooding and violent thunderstorms that swept through the south of France this week, according to the Interior Ministry.

The Intense weather hit the Pyrénées-Orientales and Alpes-Maritimes departments, before heading for Corsica, with rescue workers carrying out nearly 1,800 operations since Sunday.

Among the victims was a 68-year-old British woman who was found near her home in the town of Cazouls d'Herault, near Montpellier, after being swept away by rising waters.

In the Gard region, a man in his nineties was killed when his vehicle fell into a stream. However authorities have not confirmed if his death – along with that of a homeless person in Perpignan – are directly linked to the flooding.

Eight French departments were placed on high alert for flash floods, and some 700 homes remain without power.

National rail operator SNCF said the flooding could halt train services across much of the area until 4 November.