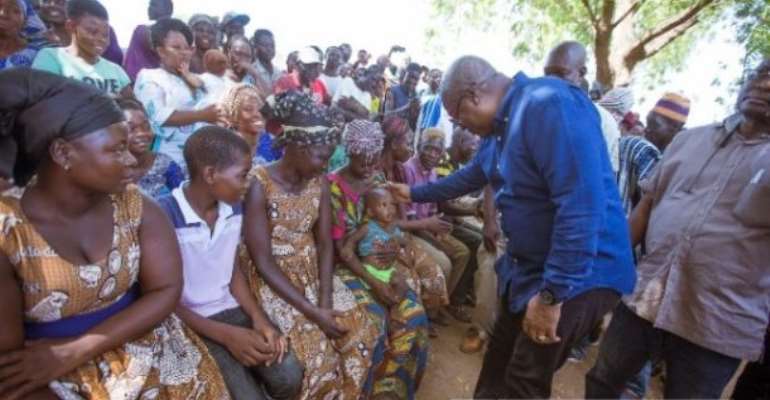 Flagbearer of the opposition National Democratic Congress (NDC), John Dramani Mahama, has sympathized with flood victims at Gbedembilisi in Builsa District in the Upper East Region.

Mahama commiserated and sympathized with bereaved families that lost lives and properties as a result of the heavy downpour.

Lives, schools, farms, and properties were lost and residents displaced.

The former President donated monies and other relieve items to support bereaved families affected by the torrential rains.

Items include bags of rice, boxes of cooking oil, mattresses, assorted drinking water, wax print cloths, monies and among others.

He said, in spite of that party being in opposition it has the responsibility to sympathy and extend its widows mite. “It is said that those who give even when they don’t have that will give you more when they have.”