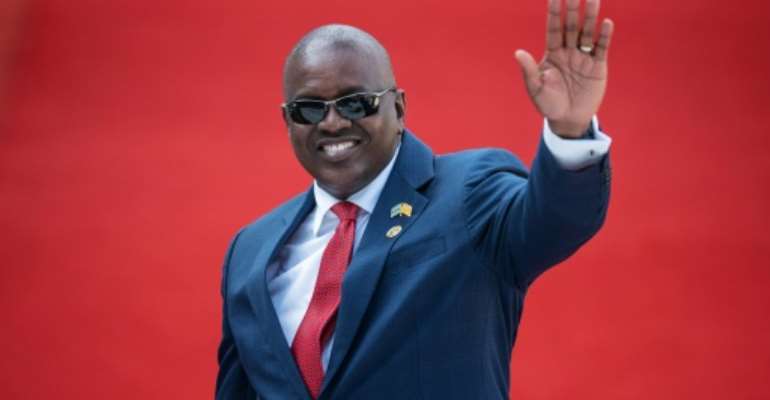 The Botswana Democratic Party (BDP), which has ruled since independence from Britain in 1966, was declared the winner after attaining the minimum 29 parliamentary seats required to form a government after Wednesday's vote.

Counting for the remaining seats is still under way, the chief justice said adding that "sufficient" results had been declared to announce that Masisi the winner.

The final tally will reflect the winners of the 57 national assembly seats and 490 local government representatives.

The Umbrella for Democratic Change (UDC) and two smaller parties are vying for the remaining seats in parliament.

Around 931,000 of the country's 2.2 million people registered to vote in the parliamentary and local elections.

Masisi, 58, became president in April 2018 as the hand-picked successor to Ian Khama, who resigned.

Diamond-rich Botswana is seen across Africa as a beacon of continuity and democracy.

But Khama shook up the country's traditionally calm politics by dramatically renouncing his hand-picked successor, Masisi, accusing him of autocracy.

The rift between the president and his predecessor started last year, when Khama resigned near the end of his constitutional limit of two five-year terms.

Once in power Masisi quickly started reversing several of Khama's key policies, including lifting his ban on elephant trophy hunting, infuriating his predecessor.

Khama threw his weight behind the Umbrella for Democratic Change (UDC), once his fiercest critic.

Then in May, he formed his own party, the Botswana Patriotic Front (BPF), which fielded candidates in only 19 of the 57 constituencies.

The bitter feud has threatened to fracture the BDP, which has governed Botswana since it gained independence from Britain in 1966.

The split came after the ruling party saw its share of the vote fall below 50 percent for the first time in the last elections in 2014.

It has faced an increasing challenge from a coalition of opposition parties -- the UDC --- which has added another group to its ranks since the last election.

Polling generally proceeded smoothly across the vast sparsely populated country according to the electoral commission, despite delays in clearing voters at some polling stations.

But the UDC, which poses the first and greatest challenge so far to BDP dominance, have claimed the process was flawed, labelling the elections as "not fair".

How Botswana ranks compared to other nations in southern Africa.. By (AFP)

The UDC won 17 out of the 57 seats in the last election five years ago.

It said it had received complaints "about widespread election irregularities", including "unnecessary delays" at various polling stations across the country.