Inventor Accused Of Conning Farmers By Promising To Bring The Rain 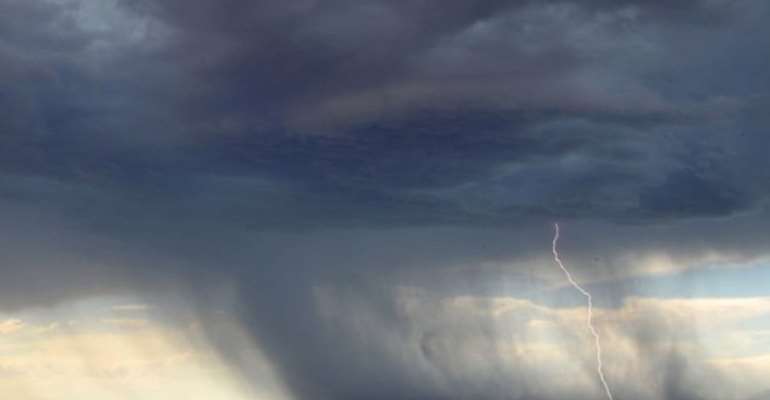 An Australian inventor David Miles who has been peddling weather modification technology for almost 20 years, has been accused of preying on desperate farmers by charging up to $50,000 Australian dollars for delivering rain on demand without so much as explaining the technology behind his business.

On the official Miles Research website, controversial inventor David Miles explains that in the 1990’s he realised that “it was possible to incrementally influence weather patterns using a variant of the Einstein – Rosen Bridge hypothesised in the 1930’s, to effectively create a bridge between ‘the present’ in the physical space-time continuum, and a near-future event, forecast to exist from one to ten days ahead in time”. He found that by applying small amounts of energy intelligently, even a large, chaotic weather system approaching from the future could be mitigated.

You’ll notice that, while somewhat intriguing, Miles’ explanation does little to explain how he is able to bring rainfall to the lands of farmers paying him tens of thousands of dollars for rain contracts. He makes references to famous but controversial concepts like “the butterfly effect”, but nowhere does he actually reveal how the rain making actually happens. He claims that the mystery is intentional, as revealing too much could help others steal his ideas or even weaponize it.

“We were advised against patenting because it’s basically exposing how it works. There are a lot of big companies that invest in trawling through patents,” Miles told News.com.au. “I understand the scepticism, the only other way is to fully prove up our science and physics and peer review. If we did that we’ll lose it, it will be taken up as a national security interest and it’ll then be weaponised.”

The Australian Competition and Consumer Commission (ACCC) has accused Miles Research (formerly Aquiess ) of preying on people’s desperation, and warned people against doing business with him, but the Australian inventor claims the ACCC is only trying to defame him and his company, as in reality they are success based – if it doesn’t rain, they don’t get paid.

“They signed the agreement that if by the end of June they’d received 100mm, they pay $50,000, if they only receive 50mm, they would only pay $25,000. Anything under half we don’t want to be paid,” Miles said of a handful of Wimmera farmers who agreed to take him up on his offer to deliver rain.

Believe it or not, one of the farmers who paid David Miles for his alleged rain-making capabilities told ABC Radio that he was quite happy with the results.

“I got involved because it sounded good, the fact you can control weather, because as a farmer rainfall is everything,” the farmer said. “I think the evidence is out there, you look at the forecast what’s meant to come and all of a sudden it increases dramatically. You know that he’s behind it and I reckon I haven’t seen such good crops in this district ever, everywhere.”

Still, there’s no way to prove that Miles is the one bringing the rain, and he has no interest in explaining his claims in detail, for now. He talked of creating a facility where he could safely show off his technology without fear of having it stolen, but didn’t offer a timeline of when it might be ready.

“We’ve got disparate components, we’ve been tutored in how to hide in plain sight … but we need a Defence-grade facility where we can bring it together, for the moment we’re having to operate fairly low-key,” Miles said.

Miles’ claims raised suspicions for obvious reasons, including a since-deleted section of his company website, which claimed that his technology used “electromagnetic scalar waves”, which scientists say don’t even exist.

“Electromagnetic scalar waves don’t exist,” University of Melbourne associate professor of physics Martin Sevior said. “There’s no such thing. He’s taken a few words and put them together and made them sound somewhat scientific but it’s meaningless.”

But Miles doesn’t seemed deterred by his critics. He continues to claim that he can deliver rain to farmers brave enough to invest in a rain contact.

“We’re going out and putting our name on the line that we will deliver rain. We’re prepared to let the client region define the metrics — if you’re confident of getting 50mm, perhaps start at 60mm. Our pricing is coming in under the cost of shipping water,” the inventor added.

“When engaged to deliver rain in recent times we’ve been able to (deliver) most of what was (promised), sometimes not enough, it’s not perfect. We have been able to achieve about 80 per cent. We lose our reputation if we fail — we haven’t failed.”