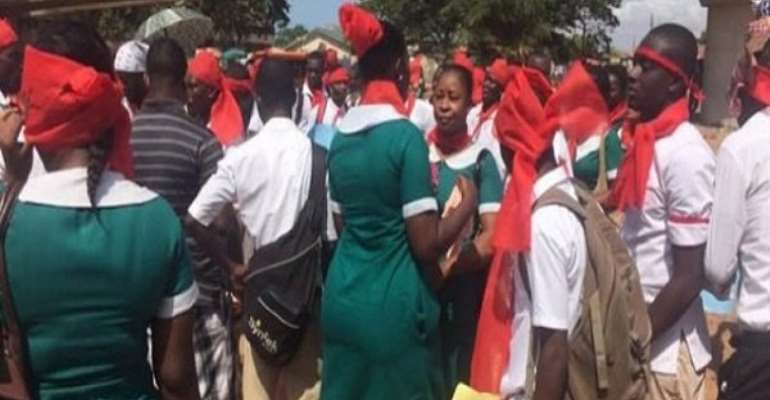 Unemployed nurses who were arrested last Monday for picketing at the Ministry of Health have appealed to President Akufo-Addo to intervene on their behalf.

The nurses are to appear before the Police for a further round of interrogations tomorrow ahead of a possible court case.

The nurses stormed the Ministry of Health in a bid to pile pressure on the government to employ them.

They were subsequently arrested by the Police.

President of Graduate Unemployed Nurses and Midwives Association (GUNMA), Sugri Abdul-Rafiq, in an interview with Joy News ’ Kwesi Parker Wilson said “myself, four other executives and one member were arrested. The police say they will arraign us before court."

“And at this particular point, I want to appeal to the government of the Republic, Nana Akufo-Addo that we are his children and citizens as well, we are pleading with him to call the police to set us free,” he appealed.

Mr Abdul-Rafiq believes the President in his power could grant them pardon.

Meanwhile, during a press conference, the Minority condemned the alleged brutalities unleashed on the picketing nurses describing it as “unacceptable and alarming”.

Ken Agyapong is only brave on NET2 TV but actually a coward ...
3 minutes ago