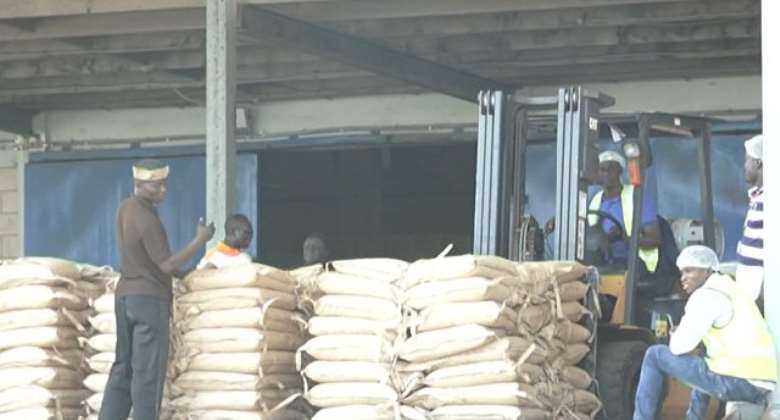 The company decided to make a payment of GH¢1.1 million after hours of negotiations at the office of the beverage firm.

Head of Debt Management for Ghana Revenue Authority (GRA), Michael Sefa said, “GIHOC has a tax liability which we are following, all efforts of negotiations did not turn out fruitful hence our distress action. The GH¢182 million is for about two years and still ongoing. They agreed to pay an amount of GH¢1.1 million. The debt is made up of interest of about 154 million and principal of GH¢17.6 million.”

The Cocoa Processing Company (CPC) was not spared in the course of the distress action upon owing over GH¢6.5 million of VAT to the State. Although the premises were not shut, officials of GRA assured the media of a follow-up in the coming days.

The distress action comes in handy as the GRA races to meet its revenue target for the year 2019 of GH¢45 billion. As at September 2019, the Authority had collected GH¢32 million.

Much as the GRA follows due procedure to recover such monies, it has been alleged that some of the companies deliberately keep the money and invest in governor papers for up to 90 days to be able to make some returns on what should otherwise have come to the state.

For the past three years, the government has struggled to meet its domestic revenue target. This has caused the government to cut down on planned expenditure such as spending on infrastructure and other key areas.

The last time the Ghana Revenue Authority met its domestic revenue target was in 2015 where it exceeded its target by more than GH¢600 million.