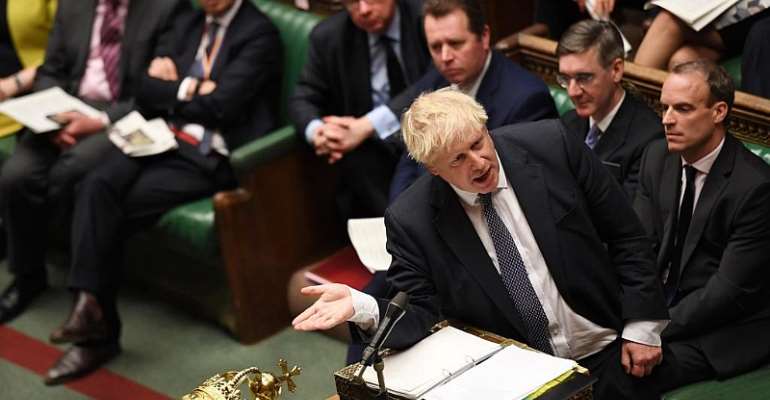 British Prime Minister Boris Johnson has said he could give parliament more time to scrutinise his Brexit plan if it agrees to hold a snap election on 12 December.

Johnson said in a letter to opposition leader Jeremy Corbyn that if the European Union offers Britain a Brexit delay to 31 January then he would seek to pass legislation to ratify his exit deal by 6 November and would make available "all possible time" to do so.

This could see the divorce from the EU completed before a 12 December election.

Johnson has been mulling his next move since Tuesday, when lawmakers blocked his attempt to fast-track an EU divorce bill through Parliament in a matter of days.

Lawmakers said they needed more time to scrutinise the legislation, making it all but impossible for Britain to leave the EU on the scheduled date of 31 October with a deal.

"The way to get Brexit done is to be reasonable to parliament," Johnson said in a televised statement. "If they genuinely want more time to study this excellent deal, they can have it – but they have to agree to a general election on 12 December."

The British government has been awaiting the EU's decision on whether to postpone the UK's departure to prevent a chaotic no-deal exit. The request for a delay until 31 January was ordered by parliament to avert the economic damage that could come from a no-deal exit.

Though the EU has not given its answer, Johnson said it looked like the EU would grant the extension – and with it, kill off Johnson's oft-repeated promise that Britain will leave the EU at the end of this month.

"I'm afraid it looks as though our EU friends are going to respond to parliament's request by having an extension, which I really don't want at all," Johnson said.

Britain's next scheduled election is in 2022. If Johnson wants an early election, he needs to win a vote in parliament by a two-thirds majority, or lose a no-confidence vote, which so far opposition parties have refused to call.

The main opposition Labour Party has said it would "support a general election when the threat of a no-deal crash-out is off the table."