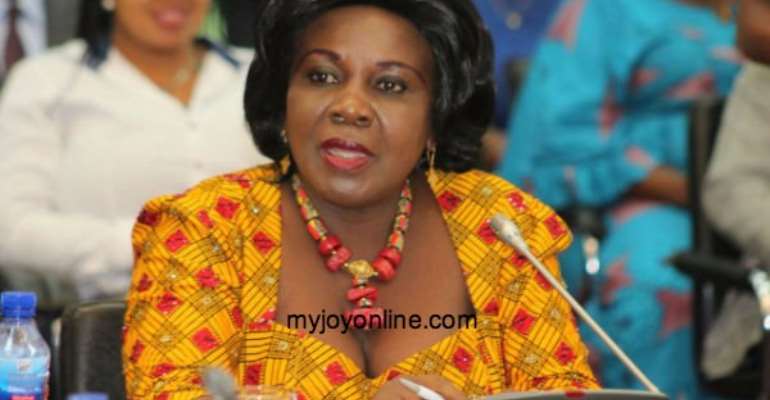 Sanitation Minister, Cecilia Abena Dapaah, has issued a stern warning to the Municipal Chief Executive of the Weija-Gbawe Municipal Assembly for failing to ensure proper sanitation in the municipality.

According to the Minister, the MCE’s failure to provide waste bins to residents has contributed to the poor sanitation of the area.

“Your one-house, one-bin is not working”, she wants the MCE, Patrick Kwasi Brako, to provide more bins to households.

Cecilia Abena Dapaah made the comments during a visit to the municipality.

During the tour of the municipality, the Minister noted that drains were now serving as dumping sites for refuse because waste bins were scarce.

The Minister stated that it was mandatory for the MCE to inspect and make sure that proper measures are enforced in ensuring proper sanitation in the municipality.

She gave the MCE an ultimatum of two weeks to supply the municipality with enough waste bins.

Patrick Kwasi Brako admitted that dealing with sanitation was one of his biggest challenges and assured the Minister that he will comply with her directive.