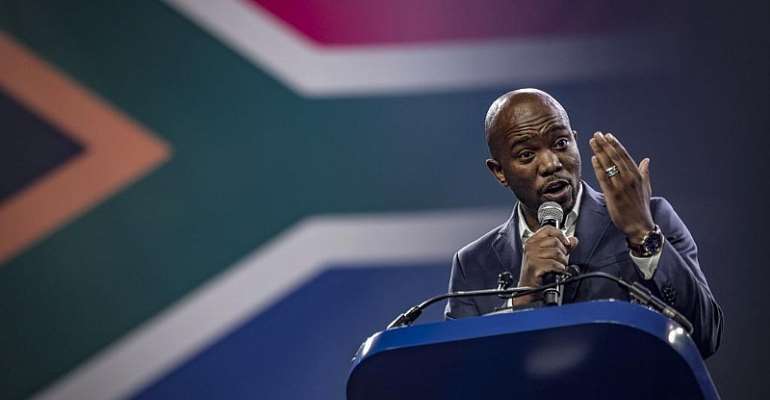 The first black leader of the Democratic Alliance (DA) quit the party on Thursday, a day after he resigned as its president citing an inability to attract more black voters.

Mmusi Maimane gave up his seat in the South African parliament after standing down as national leader and plunging the traditionally white liberal party into crisis.

Race and class remain divisive issues in South Africa, where the ruling African National Congress has been in power since the end of white minority apartheid rule in 1994.

Maimane, 39, had been expected to remain as the DA's parliamentary leader until the end of the year.

“I have today resigned from the DA and parliament,” Maimane said in a tweet on Thursday.

On Wednesday he resigned as head of the party, the second high-profile black leader to quit the group this week following the departure on Monday of Herman Mashaba, the mayor of Johannesburg.

Critics accuse Maimane of failing to adhere to the socially liberal core of the DA that traces its roots back to the 1950s when it emerged as a party made up of white liberals opposed to apartheid.

"On several occasions Maimane has made statements that in his heart of hearts suggests he actually belongs in the ANC," said John Kane-Berman, executive director of the South Africa Institute of Race Relations.

Young and charismatic
In 2015, Maimane, oozing youth and charisma, toppled Helen Zillie to become party leader. His advocates hoped his ascent would broaden the DA's appeal among the black majority. But the journey has not been smooth.

“It is no secret that for decades the DA has been seen as a party for minorities only. The majority of South Africans, mainly black South Africans, did not relate to the DA and by extension struggle to trust the DA,” Maimane said in his address to the media.

Soweto-born Maimane said during his years as leader he had relentlessly sought to grow the party among all South Africans, especially blacks. But he said his quest had been undermined.

Project failed
“Over the past months, it has become quite clear to me that there exists a grouping within the DA who do not see eye to eye with me and do not share this vision for the party and the direction it was taking,” he added.

DA Federal Chairperson, Athol Trollip, also resigned from his position and politics alongside Maimane on Wednesday.

He said he took full responsibility for the party's poor showing in the May presidential election won by the ANC.