World steps up pledges to save dying oceans 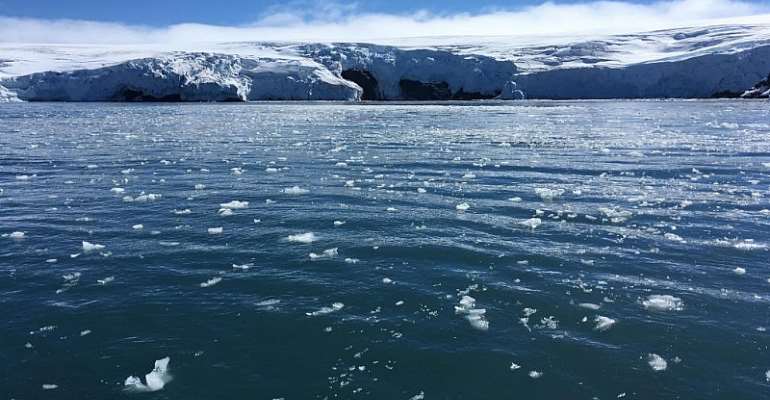 Governments and businesses have pledged hundreds of millions of dollars to ensure the health of the world's oceans, which produce more than half of our oxygen and which scientists warn are under unprecedented strain.

Commitments being rolled out this week at the Our Oceans conference in Oslo, Norway, include tackling pollution, supporting marine science, investing in sustainable fisheries and boosting maritime security.

The event puts governments in the same room as business leaders and environmental NGOs seeking solutions to ward off the worst effects of climate change. To do this, experts say at least a third of the world's oceans need to be off-limits to fishing and mining by 2030.

“We need to be protecting a lot more of our ocean if it's going to continue to be a food source for the 3 billion people it provides protein for – and for the rest of us who breathe the oxygen that it produces,” says Anne Merwin, of the Washington-based NGO Ocean Conservancy.

The situation is critical, says Merwin – who sees upcoming global summits such as the “blue” Cop 25 in Chile in December, and next year's UN Ocean Conference in Portugal as serious opportunities to step up the scale of action.

Priority number one, she says, is reducing emissions. “The ocean plays a big part in that through things like offshore energy and reducing shipping emissions, which are predicted to comprise almost 20 percent of our future global carbon emissions if we don't reduce them now,” Merwin explains.

“We also need to protect the ocean's natural ability to store carbon through things like marine protection areas – and we need very quickly to be adapting to changes that we can't avoid.”

The Our Oceans event was launched in the US in 2014 by then Secretary of State John Kerry, seeking to mobilise countries on ocean protection. The six focus areas are climate change, marine pollution, ocean protection, sustainable fisheries, maritime security and the blue economy.

On the sidelines is the Youth Leadership Summit, which allows professionals under 35 to bring their own solutions to the table. Co-host Daniela Fernandez says she's been frustrated by timelines for action that are inconsistent with the scale of the threat of climate change.

“We're still creating these deadlines that are 20 or 30 years out – and that's simply not acceptable,” says Fernandez, founder of the Sustainable Oceans Alliance, a non-profit based in San Francisco that cultivates ideas for healthy oceans.

“Young people want governments, heads of state and ambassadors here to stop thinking in the long-term, and to be more aggressive and more fearless in the time frame under which these commitments are being made.”

While major pledges from economic powers such as the US and the EU are critical, Fernandez says it's initiatives from the private sector that are the most meaningful.

“There are a lot of corporate leaders here talking about how they can change their best practices to meet decarbonisation targets and prevent pollution in the ocean,” she says.

“Those actions matter most because it's one thing is to have governments agree to targets and treaties – but another thing entirely when you convince an industry to change its business model and its destructive practices.”