Ato Forson Fires Ursula; ‘I Refuse To Join You In Your Brothel’ 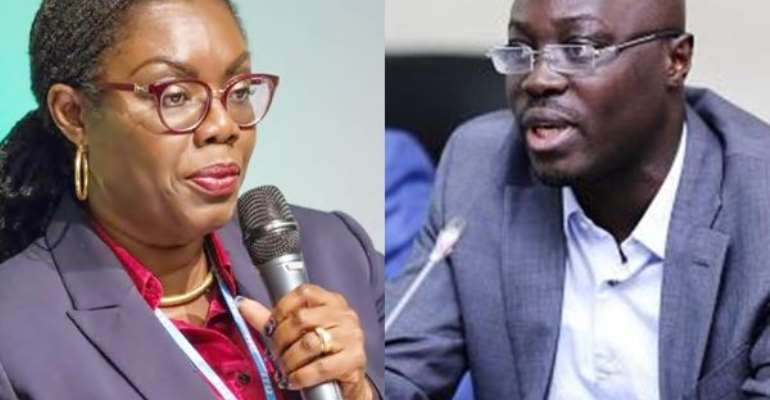 In response to the Communications Minister Ursula Owusu's disagreement to his request for the withdrawal of the order given to telcos to cease the instant deductions of the Communications Service Tax (CST), Ranking Member of the Finance Committee in Parliament, Cassiel Ato Forson insists that the Minister has no authority to issue directives necessary for implementing tax laws.

Ato Forson had earlier written to the Ministry of Communications to ask for the withdrawal of the order claiming it was illegal of the Minister to do so.

The Minister for Communications Ursula Owusu-Ekuful on the back of this, issued a letter, accusing him of being in no position to give her orders on her duties.

“Your remedy does not lie in issuing orders and instructions to me on how to do my work. As the adage goes, if I want lessons in good morals, I certainly will not go to a brothel for it.”

She also insisted that she had the necessary backing of the law to issue such a directive.

“I hold a contrary opinion fortified in the fact that the Electronic Communications Act which provides the legal basis for all Mobile Network Operators to work in this country also gives the Minister for Communications the right to issue policy directives to the regulator in the management of the sector.”

However, Ato Forson in his recent letter stated that “even though the Electronic Communications Act gives the Minister the right to issue policy directives to the regulator in the management of the sector, it does not give her the authority to issue written directives that are necessary for the administration and implementation of tax laws” as stated in the Revenue Administration Act.

He further maintained his position on his previous argument, backing it with parts of the Revenue Administration Act that the “responsibility to administer tax laws in Ghana is assigned to the Ghana Revenue Authority” and not the Ministry of Communications.

He further concluded with a rebuttal on the Minister's earlier comments saying he will not join the Minister in her “brothel.”