The Woes Of The Technical University Lecturer Vrs. The General Principles Of Legality 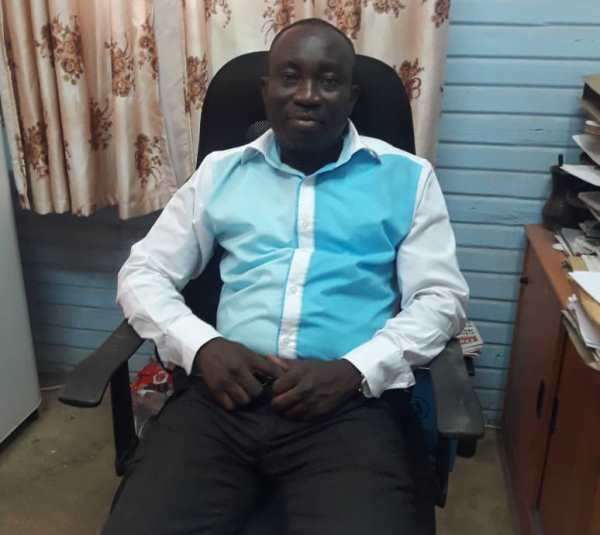 This provision in the Act clearly stipulates staff of the erstwhile Polytechnics were to maintain and retain their positions in the newly created Technical Universities.

However, the NCTE under the guise of the staff not holding the required qualifications to teach in Technical Universities conducted an audit to downgrade staff.

For example, a lecturer who was an Associate Professor has been downgraded to an assistant lecturer, after over 20-years’ working experience in complete violation of section 42(6) of the Technical Universities Act.

This downgrading was done by an amendment of section 42(6) of act 922, Act 974 which reads “Section 42 of the principal enactment is amended by the substitution for section (6)and reads: A person in the employment of a Polytechnic in existence immediately before the coming into force of this Act, shall, subject to the requirements of the standardized statutes and scheme of service for the Technical Universities be deemed to have been duly employed by the respective Technical University established under this Act.

The contention here, is, wouldn’t the amendment of section 42(6) of Act 922 championed by the NCTE sin against article 19(5) of the 1992 Constitution and section 11(2) of the Universal Declaration of Human Rights, 1948 and hence violation of the General Principles of Legality, even though this is not a criminal trial?

Section 11(2) of the UDHR states No person shall be held guilty of any penal offence on account of any act or omission which did not constitute a penal offence, under national or international law, at the time when it was committed.

Nor shall a heavier penalty be imposed than the one that was applicable at the time the penal offence was committed. Article 19(5) of the 1992 Constitution also gives a constitutional backing to section 11(2) of the UDHR and states, “A person shall not be charged with or held to be guilty of a criminal offence which is founded on an act or omission that did not at the time it took place constituted an offence. These two provisions have backing under the General Principles of Legality captured in the Latin maxim, NULLUM CRIMEN, NULLA POENA SINE LEGE, meaning “No offence is deemed to have been committed unless the law prohibits that act and the punishment for it has been sanctioned in a written law.”

In the Tsikata case, the law of causing financial loss to the state was passed under Section 179A in 1993.

Meanwhile in his capacity as the Chief Executive of the GNPC, signed a contract of guarantee in 1991 with Caisse Francaise in favour of Valley Farms Company.

The Company defaulted in payment to the creditor, resulting in GNPC making payments of over 2million dollars to Caisse Francaise.

The Attorney General was of the view this has occasioned a financial loss to the State. Tsikata argued inter alia that if he was convicted, it would sin against Article 19(5) of the 1992 Constitution since at the time he executed the agreement; there was no such law of causing financial law to the state.

In the Hassan case, the appellant had been convicted by the Circuit Court for possession of narcotics, to wit Indian hemp, contrary to the Pharmacy and Drugs Act, Act 1964.

The facts of the case revealed that even though the act was committed in January 1961 the law came into force in June, 1961. The Supreme Court quashed his conviction and entered a verdict of an acquittal.

This is the circumstance in my opinion the TU lecturer finds himself, since at the time the amendment to section 42(6) was done, six polytechnics have already been converted to Technical Universities and staff were given immunity under Section 42(6) of act 922. Therefore the provision under Act 974 as amended by the substitution for subsection (6) cannot be applicable to those polytechnics already converted to Technical Universities before this amendment.

It is in this view that I will plead with government to stop the NCTE from engaging in this illegality against the 1992 constitution, even though as I earlier opined, it is not a criminal matter.

However, the principle in my opinion holds, which is that a law cannot take retrospective effect. I trust the government of his Excellency Nana Addo Dankwa Akufo-Addo will look into this matter and grant the Technical University lecturer his right under national and international law.

This is a government that has invested so much in education than any government since independence, and believes in technical education by all her words and action, and I believe it will not allow the NCTE to perpetuate such illegality.