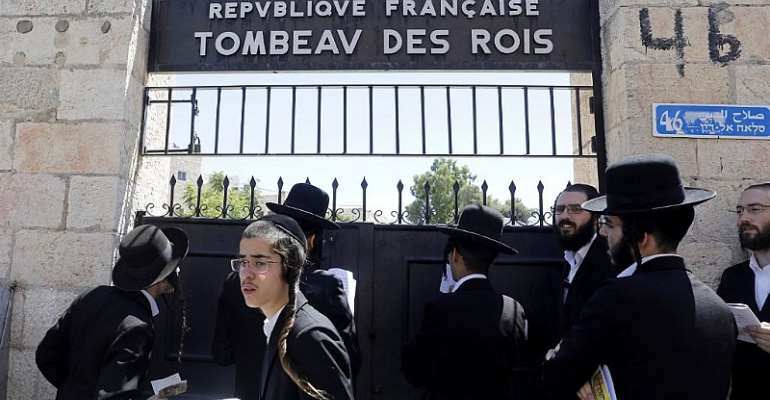 France has re-opened access to an ancient tomb in Jerusalem, after a dispute over who owns it. The Tomb of the Kings is an important religious site for ultra-Orthodox Jews and Israel has disputed the ownership of the site.

Around 30 people visited the site in Israeli-annexed east Jerusalem on Thursday morning, while other ultra-Orthodox Jews danced and prayed outside the gates while they waited for their turn to visit, with police keeping watch.

Ultra-Orthodox Jews consider the 2,000-year-old tomb to be a holy burial site of ancient ancestors.

The site has been closed since 2010, first for renovations, but then because of challenges to its ownership.

The tomb was bought by a French family after its discovery 1863, and the family then gave it to the French state. That ownership has been challenged in Israel's rabbinical court, which rules on matters related to Jewish law and holy sites.

France had reopened the site in June, but immediately closed it after a group of ultra-Orthodox Jews tried to enter and pray, despite not having signed up as requested.

Visitors are allowed in during set hours, twice per week, and must pre-register online and pay a fee. A maximum of 30 people at a time can visit the exterior of the tomb, including ritual baths and an ancient frieze above the entry, but they are not allowed to go into the tomb itself.