Beyond The Politics Of Light (PDS V ECG) 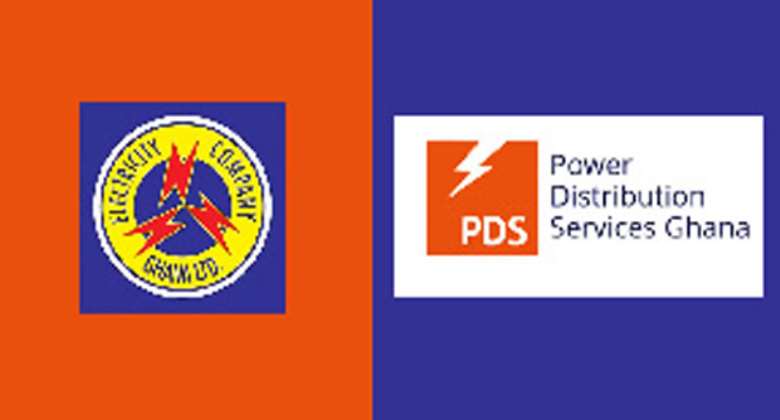 “LET THERE BE LIGHT”, God commanded, and there was light (Genesis 1:3), where God separated light from darkness. That was the making of the earth. But the question to ask is: WHAT DEVIL IS HAUNTING GHANA in the energy sector? Is there an evil spell? There appears to be too much confusion over one agreement or the other when it comes to energy acquisition and distribution. And there also appears to be many more questions than answers.

When Boakye Agyarko and his NPP were in opposition and he was not a Minister of Energy, he could analyse issues affecting the energy sector so succinctly that people clapped for this government when he was made the sector Minister. He was touted as the best thing that had emerged from the cabinet formation of the Akufo-Addo administration! Then there was a big bombshell – Boakye Agyarko was removed, and replaced by John Peter Amewu. The President could not be faulted for “hiring-and-firing” any Minister. And the “Ameri Deal” was insinuated and fingered.

We had heard of the generosity of the Americans to offer Ghana a grant running into millions of dollars. Call it “Compact”, and Kufour's government had been the beneficiary of this American offer. Kufour used the cash to develop the Kpong Irrigation, purchase pontoons, make roads including the highway running between Agogo and Dome in the Afram plains, and lo, the N1 George Bush Highway. Ghana had qualified: we were ruling justly; we had invested in the people; there was economic freedom.

Then came “Compact II”. The Mahama government wanted to improve the energy sector and stop the intractable “dumsor”, in 2014. Dumsor was the “whipping boy” (the victim by proxy affecting the collapse of companies). An agreement signed by Mahama gave a whopping 80% of the deal to foreigners, with 20% local component; the agreement was to last for 25 years; and ECG staff could be dismissed upon the whims of the new companies. The sluice-gate appeared to have been opened for Ghanaian lobbyists to form private companies.

January 7, 2017 came, and there was a change of government. The President, Akufo-Addo, in his wisdom, requested a re-negotiation of the Agreement: local participation got 51% and foreign companies were given 49%; no ECG staff was to be sacked, and the agreement was to last 20 years. US$498.2 was available from the Millenium Challenge Corporation to support the energy sector.

In February, 2019, PDS worked with local insurance firm, Donewell, which in turn engaged Jordanian Insurance Broker, Jo Australia Reinsurance brokers to facilitate the required payments for the acquisition of the final demand guarantees from Qatar-based insurance firm, Al Koot. There was the question of the “demand guarantee” as “condition precedent” or “condition subsequent”.

And the Minister of Information announced government's suspension of the agreement with PDS in July 2019, six months after the PDS had started operating because the demand guarantees submitted by PDS were tainted with fraud. The government finally abrogated the PDS contract. The Africa Centre for Energy Policy (ACEP) had questioned government for the restrictive tendering. Beyond this, the ACEP was reluctant to comment on the deal. The Trades Union Congress (TUC) and the Public Utilities Workers Union also kept an ominous silence.

The Institute for Energy Security (IES) accuses the Millenium Development Authority (MiDA) of failing to do due diligence, resulting in the botched deal. It added: “Restrictive tender promotes corruption and cronyism, kills transparency, leads to high cost of service arrangement, does not provide value for money and does not give wider alternatives to choose the best company to perform.”

The National Democratic Congress (NDC) has bared its teeth on two Ministers: Mr. Ken Ofori Atta (Finance) and Mr. John Peter Amewu (Energy), calling for their sack, and the prosecution of all officials found culpable in the concession agreement. Johnson Asiedu-Nketia, the General Secretary, this time looked rather serious when he addressed a press conference: “…Their shady and negligent conduct in the handling of the PDS concessions agreement has created this mess…” Mr. Asiedu-Nketia added: “We know from Ken Ofori Atta's termination letter that even though the ECG did not receive the requested confirmation and proof of authorisation by Al Koot by the tender date, the ECG was compelled to confirm acceptance of the demand guarantee, despite the advice by Hunton and Williams LLP, transaction advisors to the deal.” He concluded: “We demand an immediate forensic audit of the accounts of PDS by an internationally reputable audit firm and the total refund of all the money which has accrued to or been collected by them from power consumers since March 1, 2019, when they took our money, now.”

The Convention People's Party (CPP) has expressed its readiness and willingness to offer knowledgeable, dedicated and courageous professionals to resolve the crisis that has led to the termination of the concession agreement with PDS, if only “the Akufo-Addo led administration is willing to cooperate and accept a genuine helping hand in the interest of the state.” The Acting General Secretary of the party, James Kwabena Bomfeh Jnr. noted: “…history is replete with a preponderance of examples where divestiture or private sector participation in state-owned corporations or assets have proved to be a disaster… Ghana is capable of managing the energy sector, from generation to distribution to management of revenue mobilisation. Let the government rise above petty partisan cloaks and appoint the right calibre of devoted willing, sincere, hard-working and selfless citizens of this republic to superintend the sector.”

Due diligence? Do we examine corporate records critically? What premium do we place on the issuance of securities? What about financial commitments as well as management and employees – their efficiency? Do we pursue litigations and check audits? Do we know the law? Is it a season of private participation of hitherto government organisations? It should not just be a free-for-all venture. All eyes – at least those of the concerned citizens – are watching. Let us demonstrate to the world that we love Ghana. Beware the technocrats, beware the public servants and beware the civil servants. Don't feed the politicians with half-baked unscrutinised reports… The love-affair of the PDS has been short-lived. So must it be. Think outside the box; we have the men and the women who are capable and willing… These days, only a button, and you have done due diligence.

When Virgil wrote Aeneid's admonition: “Timeo danaos et dona ferentes” (I fear the Danaans (Greeks) even those bearing gifts), it was not about a grant, but rather about a horse gift to the people of Troy. The Trojan priest, Laocoon, warned the Trojans not to accept the gift: “Equo ne credite, Teucri! Quidquid id est, timeo Danaos et dona ferentes (Do not trust the horse, Trojans! Whatever it is, I fear the Danaans, even when bearing gifts). The Trojans paid no heed; the wooden horse was wheeled into the city and in the night, the Greek soldiers hidden inside it, came out and crushed the citizens of Troy. What if the equation is changed and the Trojan horse becomes American dollars? Do we love Ghana?