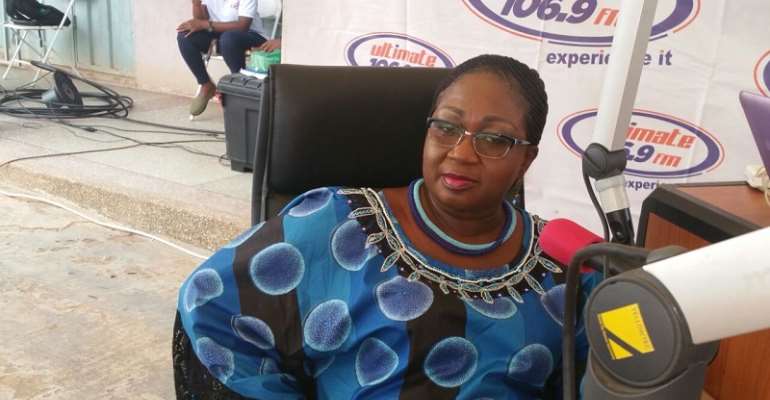 Residents of Asokwa especially commercial drivers and market women are angry with the incumbent Member of Parliament for the area over some radio comments she made last week.

Madam Patricia Appiagyei amongst other things suggested that Asokwa had no problems during her interview on Kessben fm.

Some people in her constituency are however not taking the comment lightly as drivers and market women in Asokwa are warming up for a demonstration against the MP.

They wonder which Asokwa she is talking about. They reveal that roads in Asokwa are deteriorating faster than ever and need immediate attention. They also say Asokwa is home to several dead factories which need resuscitation.

Some of them who spoke to rawgist.com said if the MP does not know that there are problems in the constituency, then she has outlived her usefulness and should clear out to make way for someone else to take up the office and continue with a fresh pair of eyes.

Some have also cautioned the regional and constituency executives of the New Patriotic Party to be careful not to attempt to impose Madam Appiagyei on them since any such move will backfire in their faces. They say her face on the ballot sheet will cost the NPP votes in Asokwa as they will vote skirt and blouse.