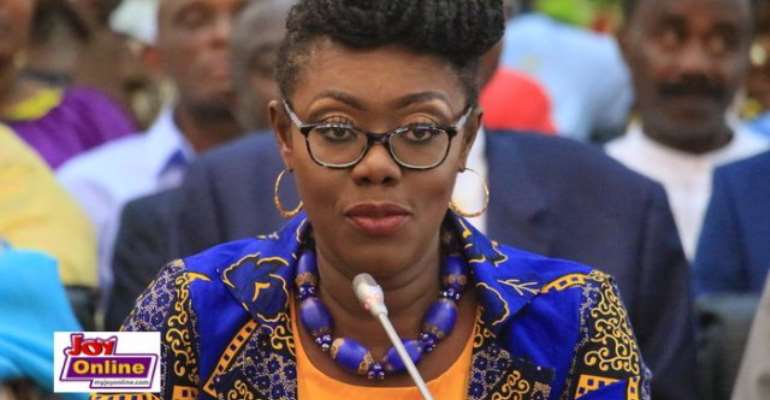 Communications Minister Ursula Owusu-Ekuful has said women who are confident, assertive and articulate should not be deemed arrogant by the public’s definition of the word which should not be so.

She explained on JoyFM’s Super Morning Show, Thursday, that due to how people are socialised, some are not used to a woman who exudes confidence.

To her, though, outspokenness is being confident enough to share and express your opinions on any subject regardless of your gender.

The Ablekuma-West MP decried how people are particularly fond of using the word ‘arrogant’ to describe women who are outspoken.

The one-time CEO of Westel, a telecommunication company said, “if you are an assertive, confident, articulate woman [automatically] that is synonymous with arrogance in the minds of people.”

Mrs Owusu-Ekuful who is also a lawyer recounted her experience during her pupilage when she used to work in the office of now President Nana Akufo-Addo’s law firm.

She said she was told to speak up rather than show facial expressions on any concern she had.

“I’d be sitting in meetings making facial expressions when the conversations were going on and being completely silent. He [Akufo-Addo] will see my eyebrows going up and down, contorting my face in meetings and he said to speak up.

“‘If you are wrong, you’ll be corrected and if you are right we will work with it,’” the Minister recounted.

Taking a cue from that experience she decided to always speak up and share what is on her mind always.

Mrs Owusu-Ekuful believes children should be raised in this manner.

“Let them talk about what they are thinking. It gives us a chance to also know what’s in their minds,” she said.

The MP added that if children are told to shut up when they begin to respond to engagements, it will discourage them to speak up.

The Minister noted, “it stems their intellectual growth.”

She urged women to be outspoken to express their opinions on any issues being discussed to not be put down, to be confident in themselves and be proud of who they are because there’s nothing wrong with that.