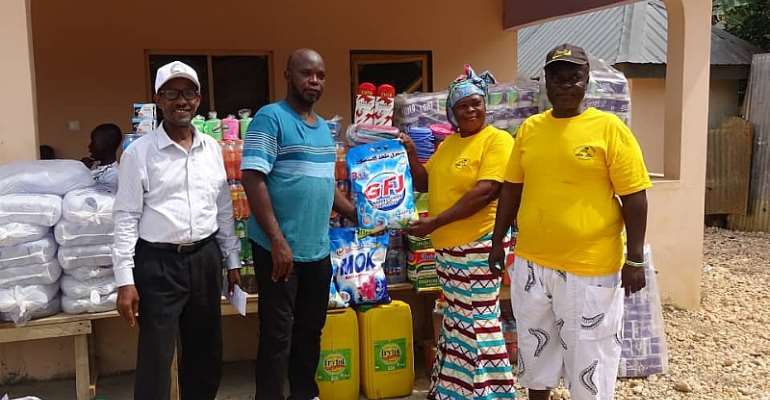 Some orphans at Our Faith in God Orphanage at Akwatia in the Eastern Region are appealing to government, philanthropists and Non-Governmental Organisations to come to their aid.

The orphans who spoke with this reporter as part of our routine visit to some orphanages visited their place over the weekend said, though the Executive Director of the orphanage has been doing her possible best to cater for their needs, feeding sometimes becomes a challenge hence the need for the call.

The Executive Director of the orphanage Ms. Janet Oppong corroborating the appeal made by the orphans said feeding has been the major challenge for them.

She said due to the nation’s education policy, the management of the orphanage does not have much problem with school fees adding that philanthropists also sometimes come to their aid in the area of books, stationery, toiletries and other items.

She, however, stated that, due to the number of the kids at the orphanage, feeding them all year round is a challenge.

Appreciation
Ms. Oppong expressed her gratitude to individuals and organisations that have been supporting the orphanage since its establishment.

She however said, most of the donations they receive come during festive seasons such as Christmas, Easter, Idr Adha among others saying this makes the feeding of the kids a big challenge.

“I must admit that we get support. But most often our supports come during special occasions and unlike other things, we do not have the facilities to keep food all year round hence the challenge that we do face,” she said.

She continued, “We would plead with people to come to our aid during other non-festive days too so that we can feed them all year round.”

Donation
Meanwhile, the visit was met with some Akyem Citizens in Georgia Atlanta who had visited the place to donate some food items to the orphanage.

Mr Sabir Sanoussi, Vice President of the Okyeman Association of Georgia who did the donation on behalf of the association pleaded with other well-meaning Ghanaians to go the aid of the orphanage.