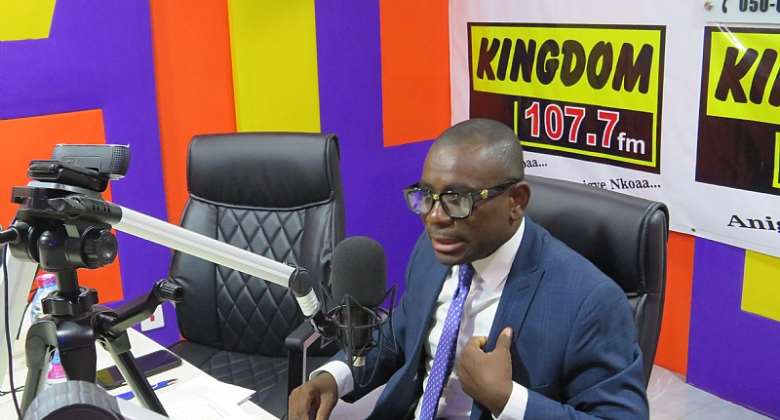 The Deputy Minister for the Ministry of Food and Agriculture, Kennedy Nyarko Osei, has said his outfit has recruited 2,700 agriculture extension officers since 2017 in their quest to support the government’s ‘Planting for Food and Jobs’ agenda.

According to him, they are recruited through the Youth in Agriculture Module under the Youth Employment Agency (YEA) and will be seconded to MoFA.

Speaking in an interview with Kwame Tutu on ‘Anopa Nkomo’ on Accra based Kingdom FM 107.7, Kennedy Nyarko Osei, said “Since we came to office in 2017, we have recruited new 2,700 agriculture extension officers across the country all of them have been posted.”

According to him the “Planting for Food and Jobs” program by the Akufo-Addo’s government is geared towards revamping the agricultural sector by supplying improved seeds, fertilizers, extension services, and marketing services.

He added it is an immediate plan of the government to restore the extension service as soon as possible.

Background
Farmers in the country have severally complained about the lack of extension officers in their respective farming communities. Where the officers are found, their operations cover a few numbers of farmers leaving a large number of farmers unattended to.

Extension services, the minister observed, have been relegated to the background for a long despite it being an integral part of agriculture, indicating it has been “ran down completely”.

A total of 216 vehicles were presented to Ghana to be given to district directors of agriculture and 3,000 motorbikes to be given to extension officers to help in their work.

However, the cost of logistics such as motorbikes, fuel, protective clothing, and basic logistics, would be taken care of from a Canadian grant facility secured by the government for the ‘Planting for Food and Jobs’ agenda project.

Similarly, he added that they can also send their names and applications to the College of Agriculture that they attended for onward submission to the Director of Human Resource at MoFA.