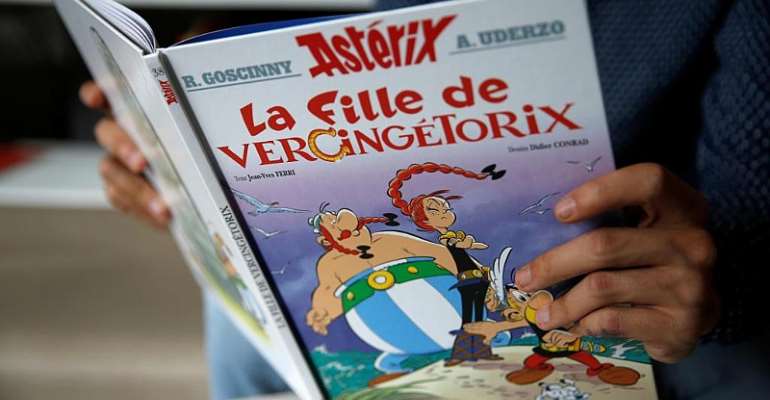 The French comic series Astérix and Obélix celebrates its 60th birthday on 24 October and to mark the milestone, it has introduced the first main female character, "Adrénaline" in its 38th edition, Astérix and the Chieftain's Daughter.

Adrénaline is the teenage daughter of Vercingétorix, chief of the Gallic village in Astérix series.

"With the exception of Zaza in Caesar's Gift, there have been no female teenagers in Astérix. After 37 editions, it's now time to choose subjects and characters that have previously rarely been discussed," says scriptwriter Jean-Yves Ferri.

Females in comics
The long absence of female characters in Astérix, is a throwback to the comic's early years, in the 1960s-70s, says cartoonist Didier Conrad.

"In general, there were hardly any female characters – purely for strategic reasons, because there were not many girls who read comics. Or in any case we did not know they read them."

60 years on
Since its creation on 29 October 1959, by René Goscinny and Albert Uderzo in the magazine Pilote, each new Astérix release is an event in France.

The comics have been translated into 111 languages and more than 370 million copies have been sold worldwide.

The 38th edition is to be released worldwide in more than 20 languages. Initial print runs have topped five million copies.

To celebrate the 60th birthday, the Paris metro renamed 12 stations in the language used in the series – a move that may have been lost on some international visitors.