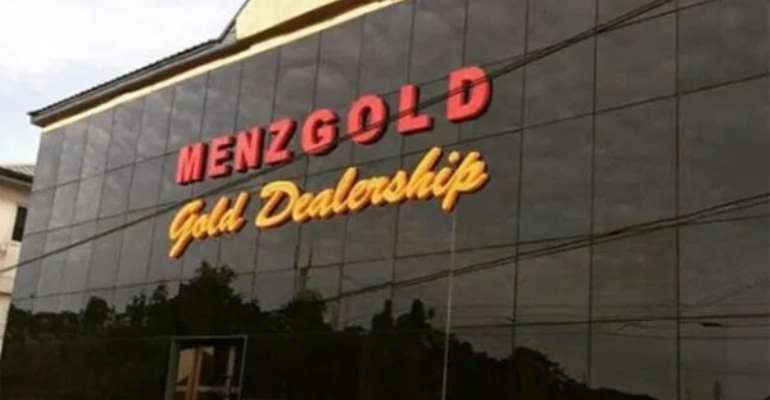 Menzgold Ghana Limited has released a schedule it claims is the process that will help in the settlement of its financial obligations to its customers.

The announcement comes after more than a year of legal troubles encountered by the company's Chief Executive, Nana Appiah Mensah, aka NAM1, in Dubai and Ghana where he is still on trial.

A statement signed by Menzgold's Head of Communications, Nii Amarh Amarteifio, indicated that the schedule was part of efforts to finally discharge its financial obligations to customers.

The statement said validation of documentations would commence on Monday, October 28, to November 28, 2019, giving 9 am to 4 pm as the time for the exercise on each working day.

In the Central Region, the exercise would take place opposite Walantu Junction after Justap Clinic, Kasoa, as well as Bogoso adjacent to Multi Credit in the Western Region.

In the Ashanti Region, it would be held at Adum adjacent to Melcom, and Bremang, behind Bremang Park, adjacent to Church of Christ.

Even though the company has failed to state the total number of its clients apparently due to an ongoing court case, DAILY GUIDE has been informed that about 4,998 customers reportedly invested in Menzgold.

In all, Menzgold has seven branches and the Dzorwulu Accra branch, which was its head office, had the highest number of customers.

The total number of customers at the Dzorwulu branch per the list available to this paper is 1,608.

Kasoa branch followed with 978 customers; Tema branch had 880 customers; East Legon, Accra had 603 customers; Kumasi had 586 customers; Tarkwa in the Western Region had 269 customers, while Kaneshie and Accra had only 74 customers.

It would be recalled that the Securities and Exchange Commission (SEC) on September 7, 2018, in a letter, asked Menzgold to suspend its gold trading operations with the public.

SEC accused Menzgold of engaging in 'unlicensed' deposit-taking and reported the matter to EOCO for interrogation.

EOCO invited Menzgold's CEO for possible questioning but he reportedly left the country for Dubai where he was arrested on December 7, 2018, at the airport.

He was said to have attempted to enter that country to retrieve a purported $31 million owed him by an Emirati firm, Horizon Royal Diamonds.

FixingTheCountry Movement to march in support of Akufo-Addo'...
41 minutes ago