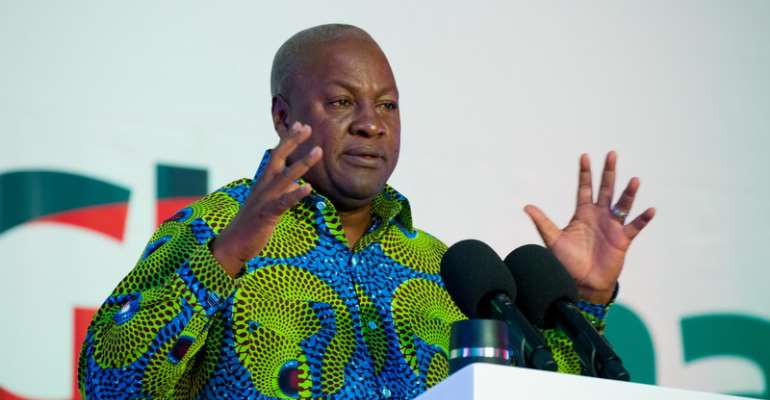 The National Democratic Congress (NDC) has taken a major step towards its agenda to recapture power in the 2020 election with the inauguration of a 21-member election manifesto committee.

Chaired by a former Minister of Health under the Mills-led administration, Professor Kwaku Danso-Boafo, the committee will tour all the 16 regions of the country in an attempt to solicit the views and concerns of the ordinary Ghanaian regarding how they would want the party to govern them.

The committee will also hold discussions with other stakeholders such as labour movements, civil society organisations and important key players in the country’s economy in order to come out with a well-designed manifesto that will focus on alleviating people from poverty and other economic hardships.

Members of the committee were drawn from the various sectors, including academia, health, economy and youth empowerment.

The committee was inaugurated by the Chairman of the NDC, Mr Samuel Ofosu-Ampofo, in the presence of the party’s flag bearer, former President John Dramani Mahama.

Throwing more light on the work of the committee, Mr Ofosu-Ampofo said the committee would engage professional groups and relevant stakeholders in formulating a “working document that will detail the expectations and areas Ghanaians would want the NDC government to focus on”.

“The committee will engage market women, farmers, fishermen, drivers and security agencies in its bid to design the right working manifesto that will redeem Ghana from its present economic headache,” he said.

Mr Ofosu-Ampofo said the party would soon inaugurate other committees that would help the election committee come out with a formidable manifesto for Ghanaians.

He said the committee would act as a coordinating body that would coordinate the views of Ghanaians as to how they preferred to be governed.

Addressing the gathering after the inauguration, former President John Mahama said his return as the President of the country would see reforms that would transform the country’s economy.

He said following the poor governance by the ruling government, the NDC-led administration would restore the hopes of many Ghanaians “who are desperately waiting for a change”.

On the election manifesto committee, Mr Mahama said in the past, the party’s manifesto was drawn by a technical committee largely based in Accra who designed a document for the NDC agenda of change.

“This time around, we will make sure that the ordinary Ghanaian gets the opportunity to add his voice and inputs so that our document will be by the people, for the people and designed to serve the people,” he said.

The NDC manifesto, Mr Mahama said, would be a long consultative process which would document the concerns of the people through various engagements, adding that the committees “are made up of people from the public and private sector with impeccable achievement”.

He said the NDC would return the confidence of the people not only in democracy but the economy as well.