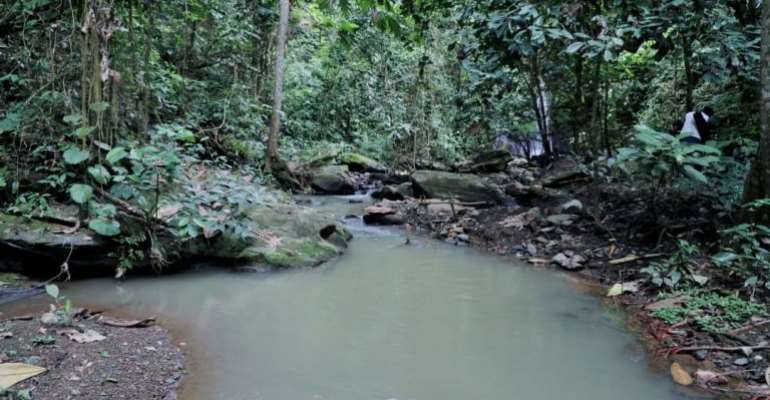 A group calling itself Concerned Citizens of Atewa Landscape says it is willing to go as far as suing the government to stop it from mining bauxite in the Atewa forest.

The group which is one of many who have embarked on a number of protests in the past over the development has also petitioned the government to rescind its decision to mine in the forest, which is internationally recognized as one of the highest priority ecosystems.

Government has come under serious criticism over the decision to mine bauxite in the forest as part of a $2 billion Chinese infrastructure deal calling into question the President Akufo-Addo’s commitment to protecting the country's forest resources.

Some environmental activists and concerned groups have been campaigning for the protection of the Atewa Forest because the government seems unfazed about the concerns raised.

But a spokesperson for the group, Oteng Adjei, in a Citi News interview indicated that the government’s posture on this matter will not make them give up on their fight.

“We are going to do it legally and explore the road map that we have. When it gets to the time for us to go into the nitty-gritty of the legalities, we will go to the court even if it means we need to go to The Hague. We will pursue this to a logical conclusion. The sum total of all allegations is that there should be no mining of bauxite in the Techiman enclave because if we convert the place to an ecotourism attraction we can gain more than US$2 billion that they are giving us.”

President Akufo-Addo had earlier assured that the government's plan to have bauxite mined in the country's largest surviving natural rainforest, the Atewa forest, will not in any way destroy the environment.

He believes that the technology to be adopted by the miners would reduce the impact of the mining activity on the quality of life of persons whose livelihoods depend on the forest's resources.

“This is something that we have to keep an eye on all the time. A very major part of any concession that you give to people to come to look for oil in our waters has an environmental impact. It is important that those who are responsible for making that assessment are accurate, they are true, they are honest. They don't give passes corruptly,” he said.

The government has also said that it will thoroughly examine the petition presented to it by a group of non-governmental organizations campaigning against plans to mine bauxite in the Atewa forest.

The Minister for Lands and Natural Resources, Kweku Asomah Cheremeh whose outfit is key to the proposed mining activity said the government will ensure that the government treats the matter with seriousness.