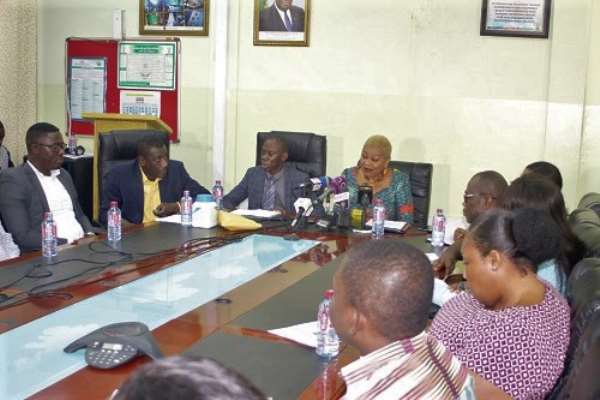 The Ghana Health Service (GHS) is to embark on a nationwide deworming exercise in basic schools from November 4 to 8, this year.

The annual mass drug administration of intestinal worm infestations and bilharzia is part of efforts to reduce the burden of neglected tropical diseases (NTDs), which the GHS says have become endemic in many parts of the country.

The exercise is targeting six million schoolchildren from KG Two to JHS Three in 205 districts across the country to help increase their immunity against the two NTDs in particular.

Provision has also been made to ensure that children who fall within the target group but are not in school are included in the exercise.

The Director-General of the GHS, Dr Anthony Nsiah-Asare, announced this in a speech read on his behalf at a media engagement on NTDs in Ghana in Accra yesterday.

He defined NTDs as a group of 20 infections and parasitic diseases which affect more than a billion people worldwide, most of whom lived in extreme poverty.

He said although the NTDs had a low mortality rate, they were often chronic, with permanent debilitating and disabling impact, such as blindness.

He said major strategies adopted to help eliminate some of the NTDs, such as elephantiasis, river blindness, intestinal worm infestation and bilharzia, were mass drug administration, clinical management of all morbidity cases, health education and promotion.

"The GHS and its partners have, over the years, collaborated to control and eliminate NTDs in the country. Through such collaboration, blinding trachoma was eliminated in Ghana in 2018," he said.

Apart from blindness, NTDs can also cause the swelling of the limbs and other body parts, as well as skin rashes and thickening.

According to Dr Nsiah-Asare, currently, there were 15 elephantiasis hotspot districts in the country, and that the National NTDs Control Programme was collaborating with partners to find viable ways to break transmission in those areas.

Affected communities
The Programme Manager of NTDs at the GHS, Dr Benjamin Marfo, explained that NTDs affected the poor because they were often malnourished, had weak immune systems and lived in insanitary environments, often characterised by open defecation and urination.

He said all ages of humans could be affected by NTDs.

He, therefore, appealed to beneficiary communities to disregard rumours that drugs for the treatment of NTDs were life threatening, saying they were rather potent.

He called for concerted efforts towards the early detection of the diseases to enable health personnel to eradicate them from the country by 2025.

“Helminthiasis, also known as worm infection, is any macro-parasitic disease of humans and other animals in which a part of the body is infected with parasitic worms, known as helminths.

There are numerous species of these parasites, which are broadly classified into tapeworms, flukes and roundworms,” he said.

Dr Marfo said the parasites often lived in the gastrointestinal tract of their hosts, but might also burrow into other organs, where they induced physiological damage.

Media call
The Ambassador for the National NTD Campaign, Rev. Joyce Aryee, appealed to the media to intensify public education on NTDs, adding that public sensitisation and education were major tools for their eradication.

She also entreated beneficiary communities to adhere strictly to basic sanitation principles, such as the washing of hands with soap under running water.