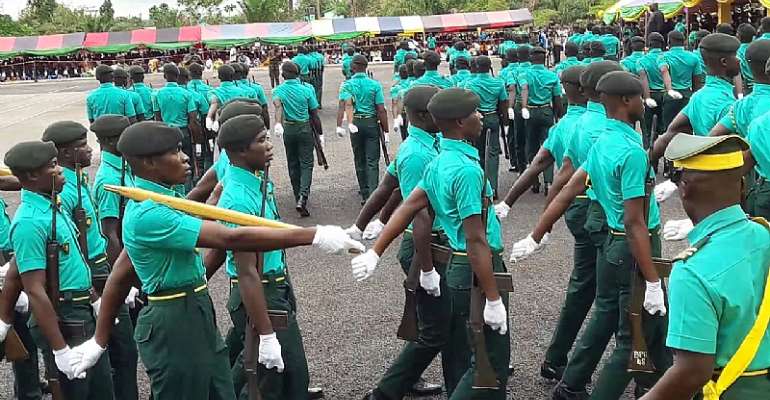 Mrs. Mary Awelana Addah, the Director of Programmes at the Ghana Integrity Initiative (GII), says, there is a work that the Ghana Immigration Service (GIS) must do to purge itself from the corruption perception tag.

Their programmes and activities in the past two years were, organized sensitization workshops, seminar on the causes, effects and solution to corruption.

Engaged student bodies in schools and identifiable youth groups to talk about the canker and possible remedies of corruption.

According to Mrs. Awelana Adda, the GII corruption perception survey conducted into institutions like Ghana Revenue Authority (GRA), Immigration service, Customs, Police and others points to the fact that, the public viewed them as most corrupt institutions in the country.

She said, their Global Corruption Barometer (GCB) conducted in 2015, 2017 and 2019 indicates that there is a work to be done by the GIS to purge itself from the corruption perception and sometimes actual reality of corruption.

The GII Director of Programmes said the corruption perception sometimes happens at country’s borders where it is alleged that some officers of the GIS take bribe from foreigners who are entering into the country, before they are granted entry visa.

Mrs. Awelana Addah said this when she was speaking on the SPACE FM SUMYANI.She suggested that the Awards system at the state institutions must be such that, it will be impactful in the lives of the officers and then, it also shines the light on his or her colleagues to want to emulate.

It will be recalled that the Controller – General of the GIS, Mr. Kwame Asuah Takyi honoured five distinguished officers for their dedication to duty.

The five officers intercepted volumes of petroleum products being smuggled through an unapproved route along the borders of Akanu in the Volta Region on July 8 2019.

Mrs. Awelana Addah stated that the honoured done to the five officers by presenting to them certificate of honor, was not encourage enough.

“The idea thing should have been promotion of the officers, which could have meant the increment in their monthly salaries, which would have been worthy of emulation” She said.

Newborns to get National Identification numbers by 2022 – Ba...
54 minutes ago