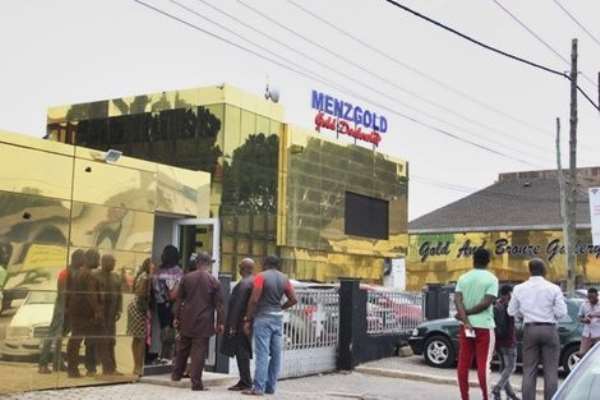 Aggrieved customers of Menzgold have lauded Nana Appiah Mensah for announcing commencement of document validation of its customers in order to make arrangements to settle them all.

Menzgold was asked to shut down its gold vault trading by the Security and Exchange Commission (SEC) in August 2018, after its clashes with SEC and BoG over the company’s operations.

The state agencies insisted that Menzgold did not have the license to conduct the business it had ventured into.

Since then, Menzgold has had difficulties in paying its numerous aggrieved customers the value on their gold deposits as well as their entire investments.

But the Gold-dealership firm in a press statement on Wednesday, October 23, 2019, announced the commencement of documents validation of customers for payments.

The validation is scheduled to begin on Monday, October 28 and end on November 28, 2019 from 9:00am and end at 4:00pm each day at designated locations in four regions.

Customers are required to submit photocopies of their gold-trading agreements, receipts of gold-traded purchase and gold-trading commission as well as a valid national ID card for the process.

In the Greater Accra Region, six venues have been designated for the exercise: Osu, Dansoman, Odorkor, Mile 7, Madina and Awoshie.

In the Greater Accra Region, six venues have been designated for the exercise: Osu, Dansoman, Odorkor, Mile 7, Madina and Awoshie.A point opposite Walantu Junction, after Jusap Clinic in Kasoa, will serve customers in the Central Region.

Adum and Bremang will serve those in the Ashanti Region while Bogoso will be the port of call for customers in the Western Region.

Reacting to the press statement in an interview with Hot 93.9FM’s news anchor, Gargantuan Lady, the President of the aggrieved Customers, Timothy Binab lauded Nana Appiah Mensah for announcing the new development:

“We are all happy because Menzgold has announced the commencement of validation of documents in order for us to retrieve our monies. Before the press release, we were informed by management about the new development so we are already aware…we thank Nana Appiah..”. He told Gargantuan Lady.

Answering a question on what they would do should in case Menzgold refuses to pay them after going through the Validation, Mr. Binob said:

“Oh, with the money, we don’t have any issue with Nana Appiah Mensah because he has already assured to pay when he came back so so we are very confident in what he told us. But after the validation,if he doesn’t pay us,we will know how to deal with him”.

Mr.Timothy Binab advised all the customers to take the validation exercise seriously in order to achieve the desired outcome; which is retrieving their money.

Kind listen to excerpts of the interview below!