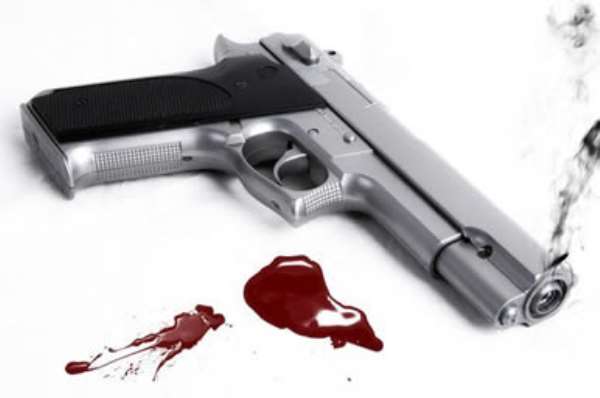 Information reaching this news portal has it that the Wariyanga township in the newly created Tempane District of the Upper East region has been thrown into a state of mourning as unidentified armed robbers stormed the town, robbed traders and gunned down a student believed to be in his early twenties.

Identified as Haadi, the decease is said to be a voluntary staff of the Woriyanga clinic.

After the robbery, the robbers came face to face with police personnel in a gun battle at Bugri, ten killomers away from Woriyanga. The robbers however overpowered the police and sped off.

An eye witness told this portal that the robbers sporadically open gunfire to scare onlookers as they flee.