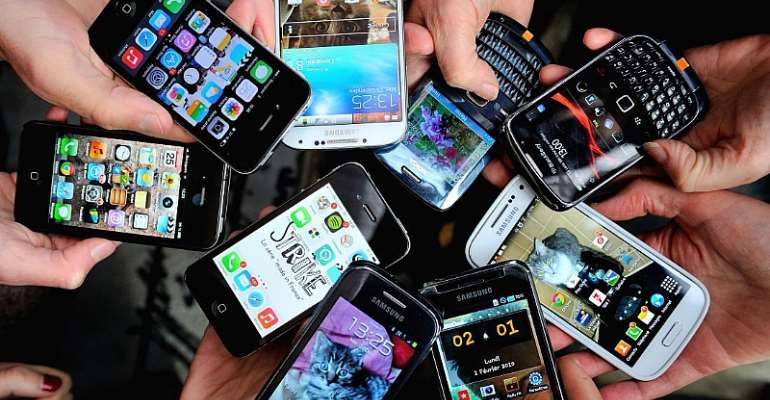 Five suspected fraudsters have been busted by the Tafo-Pankrono Police Divisional Command in the Ashanti region for duping people into various sums of money.

They were arrested at their operational hideout in a hotel at Atimatim in the Afigya Kwabre South district in the Ashanti region upon a tip-off on Tuesday, October 22, 2019.

During the arrest, 23 mobile phones, 1 laptop, 1 Toyota Corolla car with registration number AW 8453-15 and an amount of GHC 26,620 were retrieved at the hotel.

The Tafo-Pankrono Divisional Police Commander, ACP K. A. Arhin, briefing Otec FM’s “Asem Beba Dabi” reporter, Oheneba Kwaku Attah, also known as ‘Aporsor’, said the suspects claimed to be “lotto forecasters” and agents for “multiplication of money”, dupe their victims by telling them to send money ranging between GHC50 and GHC1,000 through MTN mobile money in return for “bigger fortunes”.

“These persons have their jingles played on television stations asking people to send money, either for a lotto number and to double their money, through an MTN mobile number. After receiving the money, their victims will not hear from them again and they cannot be traced. So after watching them on the television, we mount a search and upon a tip-off, we arrested them in their hideout in a hotel at Atimatim,” he told Aporsor.

He, therefore, cautioned the public to guide against such fraudsters and appealed to them to report any suspicious persons to the nearest Police Station.