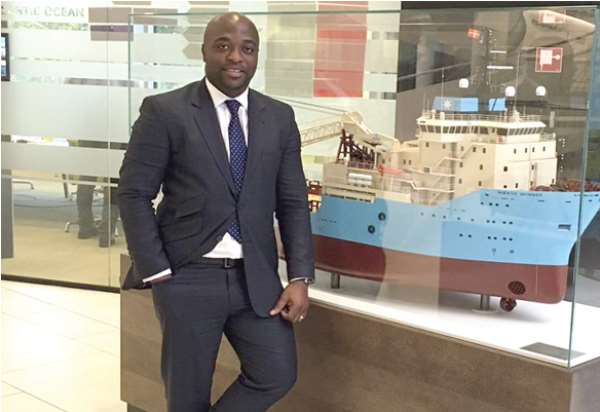 The young, enterprising Ghanaian oil and gas entrepreneur, Kofi Amoa-Abban, has categorically denied reports that he is the one who gifted the 2019 model of Range Rover to Shatta Wale.

The online portal Zionfelix.net, from where the story originated, had claimed that Mr. Kofi Abban dashed the brand-new Range Rover to Shatta Wale on his 35th birthday.

But, according to oil and gas business executive, “there is no iota of truth in the claim that I, Kofi Abban, have given a Range Rover to Shatta Wale as a birthday gift.”

“Whoever originated the story got it all wrong, and it is clear the story was based on the wrong speculation. The fact that Shatta Wale had made reference to ‘a Godfather’ on Instagram, said to have given him the car, should not have been taken to me I am the brain behind the car,” he said.

“I am not the Godfather he is referring to, and so I take a serious exception to the entirely false publication,” he added.

Meanwhile, the Dancehall King himself has described the publication as emanating from “false rumours.”

Shatta Wale, who is obviously unhappy about the false publication, has taken to his Instagram page, denying the publication and urging bloggers to check their facts before going ahead to publish them.

“All the bloggers spreading false rumours about my friend should stop right now. I didn’t tell you he bought me a car. Let’s try and make this life we live be a better one for us all,” he wrote.