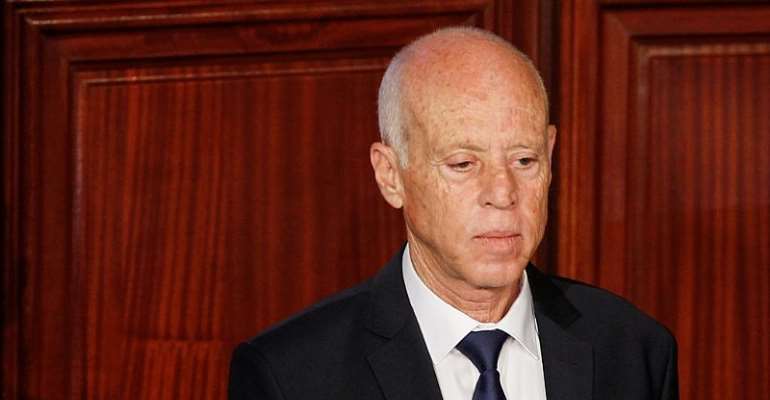 Kais Saied has been sworn in as Tunisia's new president. The political outsider and retired law professor won a landslide victory in this month's election, beating competition from the political establishment.

The new president took the oath on Wednesday before the National Assembly, thanking Tunisians across the globe for this "historic moment".

The Tunisian people "need to rebuild trust with politicians and the people who govern them", he said, as he took office from Beji Caid Essebsi, who died in office in July.

“There will be no tolerance in wasting a single cent of our people's money,” Saied added.

The 61-year-old law professor has never held office and barely ran a campaign, however his no-nonsense straight-talking approach and pledge to fight corruption earned him voters' respect.

Saied sealed a resounding victory in a runoff election on 13 October, largely buoyed by young voters, disappointed with the governing elite for failing to improve living standards since the 2011 revolution.

Long wait over Speaking Wednesday, he vowed to "reconcile all Tunisians" and to rise "above internal conflicts", telling parliament that each person "has a right to their own convictions and to make their own choices, but that the state should be shielded from political calculation."

The Tunisian people, he said, have waited too long, and deserve to move from a place of "despair to hope."

Saied has been honest about his socially conservative and sometimes controversial views, but has vowed to uphold social freedoms.

Tunis, which currently chairs the Arab League, could renew diplomatic ties with Syria, severed since 2012, and play a role in the return of the war-torn country to the bloc.

Aspiring Arab leader Saied has made strong statements against Israel, considering any ties with the Jewish state to be "high treason" – an Arab nationalist position that earned him praise among supporters.

During the campaign debate, Saied said a key to fighting terrorism was education, arguing that improving primary education would "immunise" youth against extremism.

One of the president's first missions will be to instruct the Islamist Ennahda party to form a new government, after their win in parliamentary polls on 6 October.