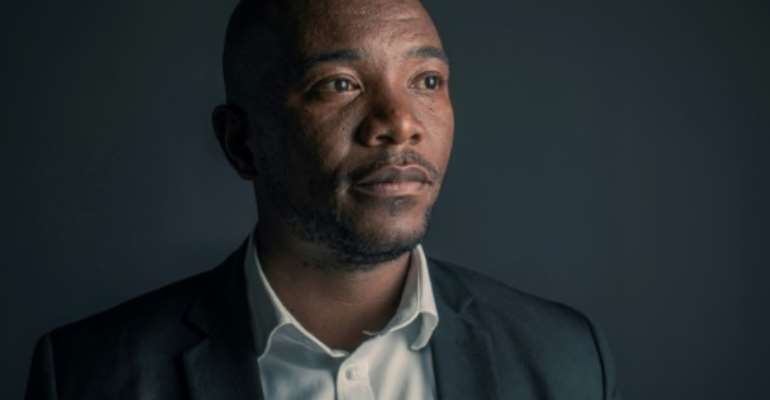 The head of South Africa's opposition Democratic Alliance (DA), Mmusi Maimane, announced his resignation on Wednesday, in the latest in a string of blows to the party.

"It is with great sadness that in order to continue this fight for the vision I strongly believe and the country I so dearly love, I will today step down as leader of the DA," Maimane, the party's first black leader, told journalists in Johannesburg.

In 2015, Maimane, then aged just 35, became the first black leader of the DA, a party long viewed as the party for middle-class whites.

Raised in Soweto -- the heartland of the anti-apartheid struggle -- Maimane had only joined the DA in 2009 and was fast-tracked through its ranks.

His rapid promotion led to accusations that he was being used by the party's senior white activists to cover up a lack of reform within the party.

On Wednesday, he said his leadership had suffered several months of "coordinated attacks".

The DA, he added, was perhaps "not the best vehicle which is suited to take forward the vision of building one South Africa."

He quit after former party leader, Helen Zille, was appointed as the party's federal council chair over the weekend.

He said her ascension represented a "victory" for people who stood diametrically against his belief systems and had "right-wing elements".

Zille had vowed not to meddle in Maimane's leadership but political analyst Aubrey Matshiqi said the vote for Zille suggested "a proxy against Maimane."

"The election for Federal Council chair, in some ways must be seen as a referendum against the leadership," Matshiqi told the state broadcaster SABC.

The DA was established in 2000 as a merger of three "white" parties.

One of these was the former Democratic Party, which had opposed the then-ruling National Party in parliament, and another the New National Party -- which had tried, unsuccessfully, to distance itself from its predecessor's racist past.

The party has been plagued by internal factions, stoked by an electoral slump in the May national and provincial elections where its vote share dropped two percent, to 20.77 percent.

The party's leadership, which met in Johannesburg on Wednesday, announced it would convene a federal conference on Thursday to "chart a way forward" and announce interim leadership.

The DA's next elective conference was previously only scheduled for 2021.