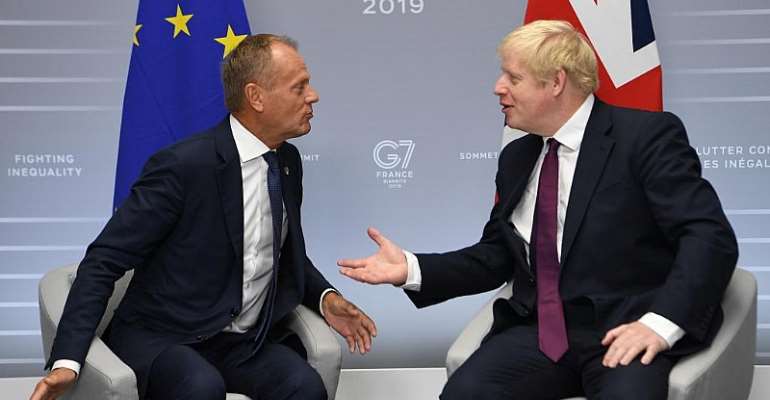 European Union leaders are pondering Britain's request for an extension to the 31 October Brexit deadline. Paris has expressed impatience with London, while Berlin says it is willing to give the UK more time to decide how best to leave the bloc.

British Prime Minister Boris Johnson has been forced by parliament to ask the UK for an additional three months to get his Withdrawal Agreement Bill (WAB) through both houses of Britain's parliament.

Johnson paused his bill over the Brexit deal he struck last week with the European Union's 27 other member states, after dramatic votes on Tuesday in which parliament accepted the deal in principle but rejected a three-day timetable to enact it.

"Boris Johnson lost a lot of Labour support on the timetable motion because MPs want more time to scrutinise his deal," says Harry Todd,  Senior Research Executive for the pro-Brexit campaign group Get Britain Out, adding, "It is a bit rich of them given that they have had three years to talk about Brexit."

European Council President Donald Tusk said Wednesday on Twitter that he is recommending the 27 other EU member states grant the UK an extension, without stating how long.

Decision-making procedure
But there is still a chance that some EU countries, notably France, could demand a shorter extension. France's minister for European affairs, Amelie de Montchalin, said: "At the end of the week we'll see whether a purely technical extension of a few days is justified, to allow the British parliament to finish its procedure."

"If it's a question of pushing back the date by two or three weeks, to give MPs in London a chance to ratify, then it's not really a problem," German foreign minister Heiko Maas told RTL television and added "If it's a question of pushing Brexit back until the end of January, we'd need to know why. What's going to happen in the interval and will there be elections in Great Britain?"

There is growing sentiment in Britain, especially among Brexiteers, that certain EU leaders are putting up barriers to Brexit.

"What European leaders could do is to sit down and ask themselves if they have been operating in good faith throughout this process, as it seems to many British people that they have not," says Todd.

Ambassadors from EU member states are meeting in Brussels to begin the decision-making procedure for extending the Brexit deadline beyond 31 October, but no immediate response is expected.