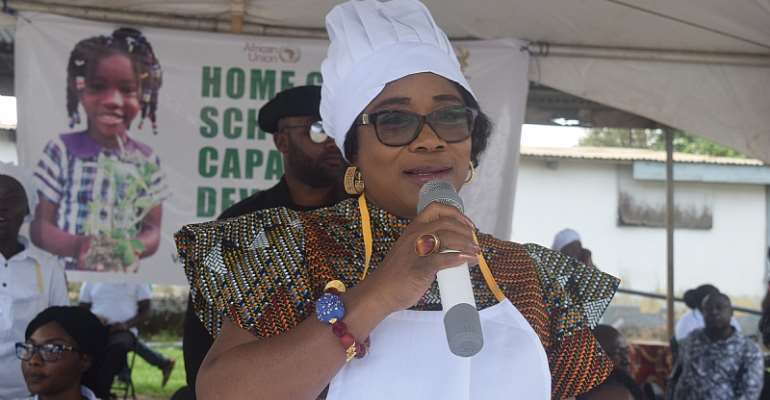 Caterers of the Ghana School Feeding Programme (GSFP), whose unremitting poor performances over the years undermined or given the programme a bad name, will no longer be permitted to operate.

The Director of Operations for the Ghana School Feeding Programme, Mrs. Doris Utuka Gaba in an open address read on behalf of the Acting National Coordinator, Mrs. Gertrude Quashigah at a weeklong Nutrition Initiative Training for caterers and head cooks in the Ashanti Region, said management of the programme had resolved to deal drastically with any caterer who performs abysmally or below expectation.

The sanctions, which include outright termination of contract of the caterer, Mrs. Quashigah emphasized, would be strictly applied without any political, religious or tribal consideration.

She maintained that the GSFP management had vowed not to tolerate any form of mediocrity from any caterer under the programme.

Mrs. Quashigah was of the view that, the Government of Nana Addo Dankwa Akufo-Addo and for that matter the Ministry of Gender, Children and Social Protection led by Mrs. Cynthia Mamle Morrison with the support of the development partners had spent enough time, energy and resources to train and re-train the caterers and the cooks.

As a result, she noted, much is expected of them to ensure standardization.

Over 3,227 certified caterers and their head cooks were taken through the GSFP school meal [menu] planner and series of practical cooking demonstrations to equip them for a better performance in the preparation of meals for the pupils under the Home Grown School Feeding Programme (HGSFP).

The training programme was held at different locations including Bekwai, Nkawie, Mampongten, Kumasi and Konongo for all the caterers and the cooks from the various districts who were put into separate zones.

It was meant to expose the caterers to how to use local food crops to prepare varieties of nutritious meals that will improve the health of the pupils, reduce cost of meal preparation, avoid wastage, increase profit margins and promote hygiene. It was also meant to improve the consumption of locally produced foodstuffs, create more direct and indirect employment opportunities and improve the economic standard of the local farmers.

Similar training programme was organized for 5,711 caterers and head cooks in the Upper East, Upper West, Savannah, North East and Northern Regions. It was sponsored by the World Food Programme (WFP).