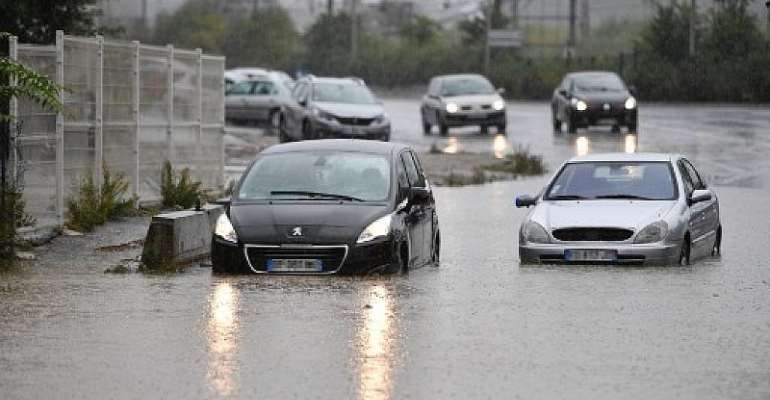 The French meteorological service has placed three more departments on alert for severe flooding, bringing the total to nine, as a Mediterranean episode looks set to lash the country with more gale-force winds and torrential rainfall.

The alert, the second most severe, was extended to Les Bouches-du-Rhône, le Var and le Vaucluse Wednesday, after it was initially put in place for six departments in the southern Occitanie region the previous day.

Forecaster Météo France has described the weather as a “Mediterranean episode in progress”, predicting hailstones and gusts of wind of between 60 and 100 km/h.

Thunderstorms have already caused flooding in the departments of Aude, Hérault, Ardèche, and Pyrénées-Orientales, generating rainfall of between 100 to 300 mm.

The nine departments are experiencing "a remarkable phenomenon but not one that will impact the public's safety," Colonel Arnaud Wilm, deputy head of France's operational crisis management centre, told AFP.

No danger
"The situation does not present a degree of danger that requires a change of strategy," he said, referring to the deployment of 1,500 firefighters and rescuers, including six helicopters.

The stormy weather has toppled trees, torn off rooftops and forced several departmental and coastal roads to shut, especially in the commune of Saint-Cyprien which saw 100-200mm of rain.

In the Aude region, which experienced deadly flash floods in 2018, guests from two campsites were evacuated on Tuesday night to a nearby gymnasium as a precaution.

Over 300 firefighters have been mobilised across Aude, alongside further teams from the crisis response agency, la Sécurité Civile.

State railway company SNCF has also cancelled trains in the towns of Salses and Béziers in the Pyrénées-Orientales department after heavy rain flooded the tracks.