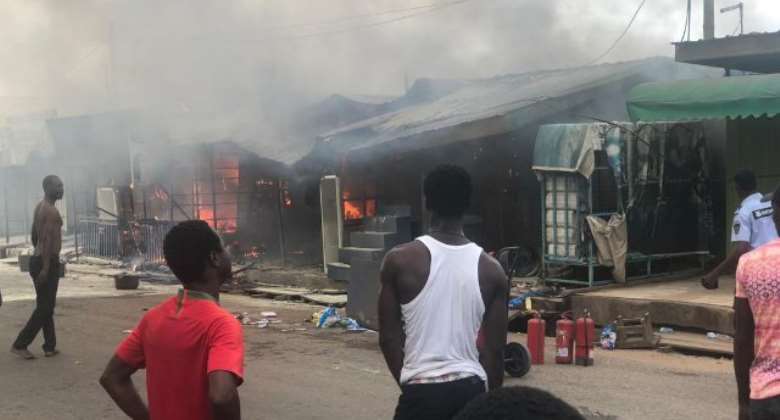 A fire broke out in a container shop at Odorkor in Accra on Wednesday forennon as residents and other shop owners ran helter-skelter to put out the blaze.

The officers of the Ghana National Fire Service (GNFS) were called to the screen while as shop owners tried to salvage what was left of their burning shops as well as the adjoining ones.

Residents have complained about the stretch of container shops along the road stressing they have become a nuisance to the area.

They say they have also complained about the cargo trucks that park on the road which pose a threat to children’s safety in the area.

Personnel from the National Disaster Management Organisation (NADMO) were on the scene to monitor the situation.

So far, the cause of the fire is yet to be ascertained.

Below are pictures from the scene as shop owners and residents battle the flames.