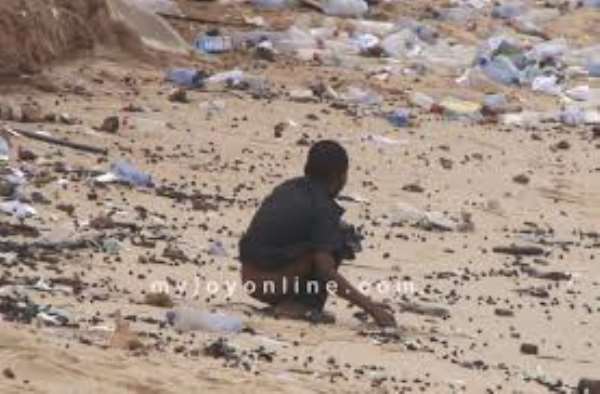 The Gomoa East District Environmental Office has ordered five persons to distil drains on the Kasoa-Cape Coast road for open defecation. The five recalcitrants were arrested at Gomoa Budumburam in the Central Region.

According to the assembly, it embarked on the exercise as part of moves to minimize open defecation in the Gomoa East Assembly.

District Environmental Officer for Gomoa East Lawrence Ansah Brew, in an interview with journalists disclosed that, it received several complaints of frequent open defecation from residents in the area.

He said, the actions have become necessary to sanitize the environment to curb diseases.

The five persons arrested have been sanctioned to distil the public drains on the main Kasoa Cape Coast stretch to serve as deterrent to others.

He mentioned that the assembly has warned Landlords to construct decent toilet facilities to curb open defecation or face the full rigours of the law.

He said the assembly has issued an ultimatum which elapses on February 2020 and that urge Landlords to construct toilet facilities to help minimize open defecation.