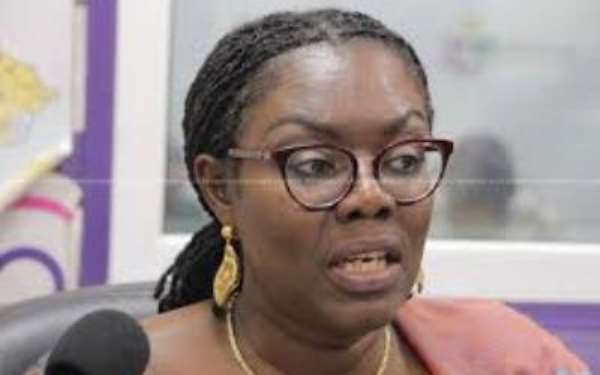 The office of the Member of Parliament for Ablekuma West, Mrs. Ursula Owusu-Ekuful has described as false a publication by an online portal that the lawmaker called Ghanaians witches for complaining about the NPP government.

The minister is demanding a retraction and apology from all media houses which carried the online portal story for the false story which has received wide circulation, readership.

Read full statement below:
FOR IMMEDIATE RELEASE
The attention of the Office of the Member of Parliament for Ablekuma West, Mrs. Ursula Owusu-Ekuful has been drawn to the false and misleading headline and story, originally published by Mynewsgh, on 21st October, 2019 and which has subsequently been published by other media houses, suggesting that the Member of Parliament has called Ghanaians witches for complaining about the NPP government.

Truth is the only antidote for lies and propaganda.

ISSUED BY THE COMMUNICATIONS DEPARTMENT.