France's Macron arrives in Réunion amid protests over cost of living 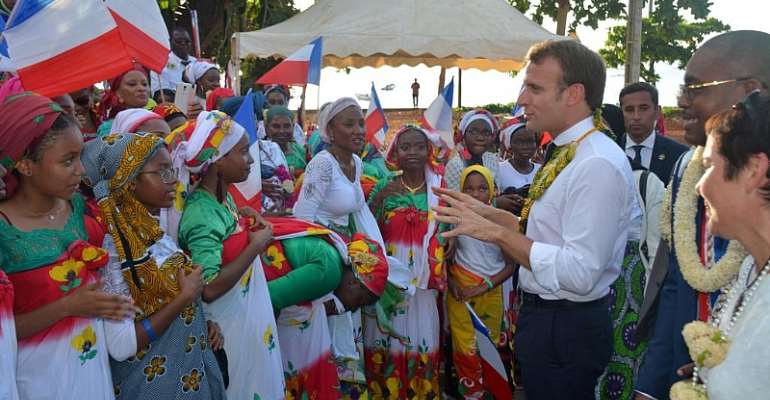 As President Emmanuel Macron arrives in Réunion, the cost of living remains one of the main worries of those living in the French overseas territory, almost a year after Yellow Vest protests paralysed the island for at least three weeks.

Following on from his visit to Mayotte on Tuesday, Macron was greeted in Saint Denis de la Réunion on Wednesday by a general strike and a crisis situation that hasn't let up over the past 12 months.

For his first visit to the territory as president, local trade unions have united in their call for a strike to underline the high cost of living and social inequality that has plagued the island and the perceived lack of response from the French mainland to the issues at hand: lack of job creation, stagnant salaries, reduced pensions, lack of housing and failing public services.

However, despite calls on social media to take to the streets in protest, representatives for the Yellow Vests, or gilets jaunes, in Réunion have said they do not intend to directly confront the authorities.

Record inflation, high youth unemployment
In this French overseas territory of 850,000 people, 40 percent of the population live below the poverty line, with the level of unemployment at 24 percent, rising to 42 percent among the island's youth.

On top of this, the cost of living in Réunion is gauged to be over 7% more expensive than in France, while income is 30 percent below the French national average. Following record inflation of almost 2 percent in 2018, prices remain on the rise in 2019.

For his part, Macron says he understands their concerns. "Réunion has been shaken by social conflict and the high cost of living remains an essential concern. The situation isn't easy and a lack of confidence in public action has taken hold."

"But that is where we have to engage, answer and act," he added.

Regional investment and empowerment
One of those answers has come in the guise of the "Choose La Réunion" forum, which aims to reinforce investment in the territory and to launch local entrepreneurs to spread their influence in neighbouring territories in Southern Africa and the Indian sub-continent.

During his three-day visit, Macron, accompanied by France's Finance, Trade and Agriculture ministers, is to hold meetings with local job seekers and civic representatives discuss the current situation, including a picnic with local agricultural producers and affiliates.

This comes following a brief visit on Wednesday morning to the Iles Glorieuses or Glorioso Islands, a resource-rich archipelago contested by France and Madagascar.