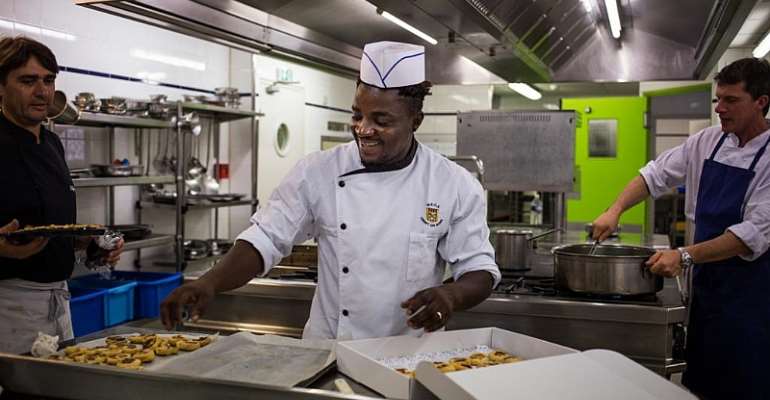 A new UN study has found that a lack of opportunity is the main motivation for many African migrants trying to reach Europe. "Scaling Fences" gathers the accounts of men and women who make the dangerous journey across the Mediterranean, which some in Europe believe is driven by extreme deprivation.

"The perceived wisdom is that people come to Europe because of extreme deprivation," explains Mohamed Yahya, the lead author of the report by the United Nations Development Programme.

"Our data shows that many of them had jobs before they left, so the perceived wisdom of basic deprivation is not there. What is there is the deprivation of opportunity," he told RFI, pointing to governance issues in some African countries and a "development deficit".

The 70-page report offers a platform to irregular migrants to open up about why they left their homes and families for Europe, and the challenges they face when they arrive.

One of the most important findings is that the majority are educated and come from urban backgrounds.

"What our report really picks out is the power of dreams," continues Yahya. "People feel that no fence is high enough for them to scale to achieve their dreams."

Their destination is Europe, but the barriers to get there are steep.

Stuck in limbo
"For many, there are no other avenues to stay in Europe apart from the asylum law," comments Yahya, denouncing the legal vacuums that leave migrants stuck in limbo in parks and squares of European towns.

"If you go to many European parks, you will see young Africans sleeping rough, waiting for their papers. Most of them have arrived irregularly. That contributes to negative public perception."

The UNDP resident representative in Nigeria urges stakeholders to adopt legal pathways to facilitate the migration of economic migrants.

Without them, people will continue to come, he says. "The irregular nature of the arrival adds to negative perceptions," he adds, referring to migrants arriving in dingy boats in European waters.

To counter anti-immigrant sentiment, a human-based approach is needed, and already exists, he says.

"We have the Valetta agreement that was reached between Africa and Europe and the Global Compact for Migration." Both mechanisms allow for migrants with skills to stay in Europe temporarily. Those who are working, most of whom are, want to return home, according to the UNDP representative.

Changing the narrative
"It shows us that there is an opportunity to see some form of labour agreement between the two continents."

Still, Yahya recognises that one of the biggest fences to climb will be public perception.

"We understand and are cognisant of the concerns of the host communities in Europe who are worried about people walking into their countries and losing control of their borders," he said.

The Scaling Fences report was released as French President Emmanuel Macron visited the Indian Ocean island of Mayotte to discuss ways of tackling illegal immigration, a sign of the panic around the topic.

"Migration is a very emotional and difficult area to sometimes allow sober discussions to go on," acknowledges Yahya, but hopes Macron and other stakeholders will be able to learn from the report.

"What we want is to provide a bridge whereby both Africa and Europe can have a sober discussion of what is migration, why it happens, and change the discourse from what we've heard in the recent years," he said.