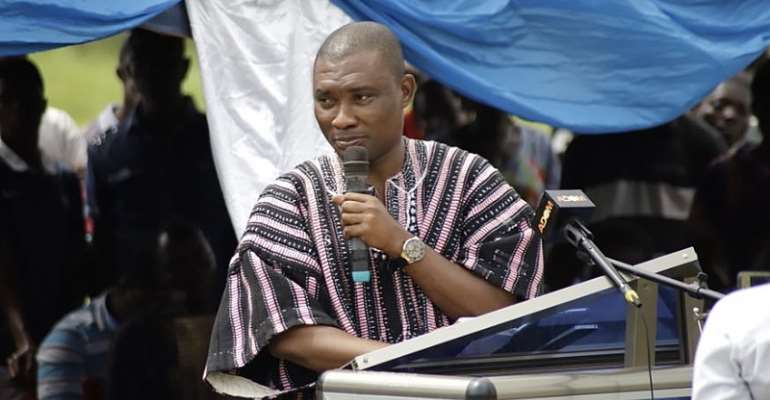 The Member of Parliament for the Tarkwa Nsuaem constituency Mr. George Mireku Duka has called on Ghanaians to rally behind the government in its resolve to terminate the Power Distribution Services (PDS) agreement.

According to him, government has shown a lot of commitment and transparency since the beginning of the contract with PDS.

“We need to take our time because once the government has shown commitment and transparency by intending to terminate the contract, I think we need to support the government and obviously also deal with the US diplomatically to see how best we can solve this problem,” he said.

The lawmaker, who doubles as Vice-Chair of the Mines and Energy Committee of Parliament said the public should commend the government for being transparent instead of criticizing it.

“Government signs a contract with PDS, does due diligence but comes back after it notices an anomaly after going through the contract and tries to terminate the contract. Instead of commending the government for the effort, we are rather criticizing it,” he added.

He asked the public and stakeholders to consider the country’s relationship with the US in censuring the government’s position in the PDS saga.

Mr. Duka also stated that the Majority will back the call by the Minority side in Parliament to summon the Minister of Finance before the House to give some further particulars and details about the PDS saga.

On Tuesday, 22nd October 2019, the Minority in Parliament served a notice of a half-hour motion to the Speaker pertaining to the unfolding PDS saga.

According to the Minority Leader, Haruna Iddrisu, the Caucus is looking into all the issues pertaining to the deal with the hope of bringing all officials culpable to answer to the House drawing on powers in order 49 of the Standing Orders of Parliament.

He made this known in his opening remarks on the first day of sitting of the third meeting of this session which commenced on Tuesday, 22nd October 2019.

Chairman of the Public Interest and Accountability Committee (PIAC), Dr. Steve Manteaw had earlier cautioned that Ghana risks endangering its relations with the United States if it goes ahead to cancel its concession agreement with the Power Distribution Services (PDS).

Termination of PDS deal was unwarranted, $190m withdrawn – US

The United States of America had described the termination of the concession agreement with Power Distribution Services as unwarranted.

Despite the government's claims of fraud in the deal, the US in a statement from its Embassy in Ghana insists that the agreement was valid.

“Based upon the conclusions of the independent forensic investigation, the U.S. position is that the transfer of operations, maintenance, and management of the Southern Distribution Network to the private concessionaire on March 1, 2019, was valid, and therefore the termination is unwarranted,” the statement read.

The termination of the deal also means Ghana will be losing out on $190 million.

The statement noted that, following the termination of the deal, the Millennium Challenge Corporation (MCC) has confirmed that “the $190 million funds granted to Ghana at the March 1 [2019] transfer to the 20-year concession from ECG to PDS are no longer available.”

The US, however, says it will “continue to implement the Tranche I funds of $308 million with the Millennium Development Authority (MiDA). ”