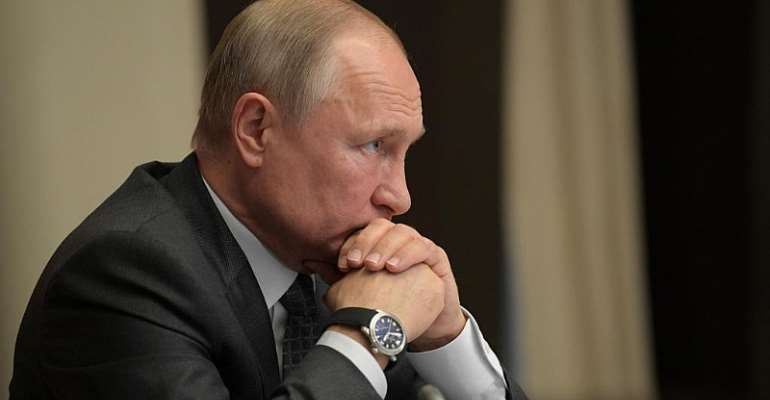 President Vladimir Putin is hosting dozens of African leaders for the first Russia-Africa Summit, as Moscow seeks greater influence on a continent where the West and China have a firm foothold.

The two-day event at the Black Sea resort of Sochi will see more than 3,000 delegates prepare deals and discuss topics from nuclear technology to mineral extraction.

Putin will open the summit this Wednesday alongside Egyptian counterpart Abdel Fattah al-Sisi, the current head of the African Union and guest of honour at the event.

All 54 African states are reportedly sending a representative, according to Kremlin advisor Yuri Ushakov.

Of those, 43 will be heads of state or government.
Cold War allies in attendance
The leaders of former Soviet client states such as Angola and Ethiopia will be at the summit as well as representatives of countries where Moscow's engagement has been traditionally low, like Nigeria and Ghana.

Côte d'Ivoire, which has had little interaction with Russia, is reported to be sending a delegation of 70 people, including president Alassane Ouattara, with a view to signing a possible military cooperation agreement.

Moscow was a crucial player on the continent in the Soviet era, backing independence movements and training a generation of African leaders.

Fresh from talks on Syia, Putin hopes for improved cooperation

Putin has scheduled 13 bilateral meetings with African leaders in a bid to further extend the Kremlin's influence.

In 2018, trade between Russia and Africa amounted to $20 billion -- less than half that of France with the continent, and ten times less than that of China.

But Moscow still has some way to compete with China or the West.

FixingTheCountry Movement to march in support of Akufo-Addo'...
44 minutes ago