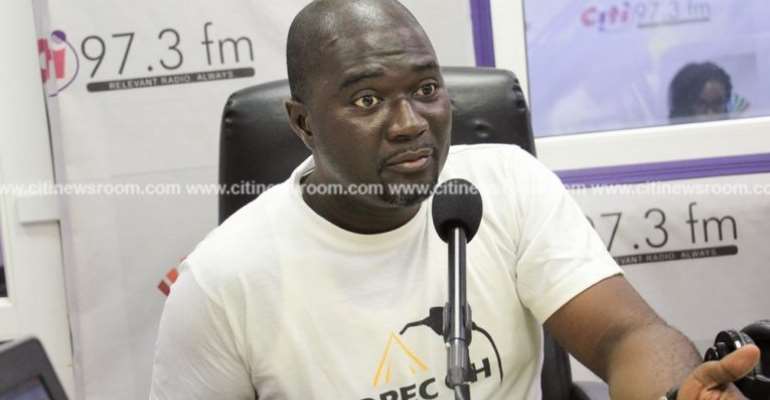 The Chamber of Petroleum Consumers (COPEC) has asked the Akufo-Addo government to call to order some of its officials allegedly drumming for the termination of the PDS concession agreement for their own interest.

According to COPEC, the Akufo-Addo government must come clear with a proper working plan for ECG or forfeit its decision to terminate the agreement.

The Executive Director of COPEC, Ducan Amoah, who spoke to Citi News said: “What we are also getting from deep throat sources suggest that there is an interest from the Finance Ministry which had also tried at some point to re-negotiate even the shareholding position of the various parties within the agreement. And when the parties rejected the renegotiation of their shareholding agreement, it looked as though some people have taken a position to kick PDS out of this whole agreement,” said Duncan Amoah.

In a separate statement, COPEC indicated that it has become imperative for the government to at this point call to order some of its officials who have vowed to cancel this Agreement with the view of re-allocating same to their supposed favourites “hiding behind a proposed restrictive tendering process.”

“The issue of a vested group and personal interests is becoming more pronounced by the day following from the latest MCC declassified notice to the Government of Ghana. The key principal actors over the past few days have taken very dangerously entrenched positions regarding the earlier stated breaches, infractions or otherwise in the agreement.”

COPEC thus re-echoed its stance that plans to privatize the Electricity Company of Ghana (ECG) is needless.

“We reiterate our earlier position and support for a complete halting and withdrawal of any transfer of ECG to private operators in the name of concessionaire agreement if and only if the government is ready to accept to allow ECG work completely independent of any political controls.”

According to COPEC, an outright termination of a 4-year process citing a botched insurance guarantee forthrightly raises a couple of serious questions of:

(1) does the country and for that matter, ECG really need this concessionaire agreement at all cost?

(2) are there any real dangers to the country and for that matter ECG in the event of a complete cancellation of this compact as is increasingly becoming evident we are heading for a point of no return and must have a plan B in place by now.

(3) is it true the local partners are being forced to cede some shareholding in the agreement to other persons believed to cronies of some powerful persons within government and who is forcing this renegotiation of shares in an already signed compact agreement?

( 4 ) does the local partners necessarily need to invest fresh capital into the operations of ECG or ECG if managed properly without the usual political interferences is capable of generating enough for reinvestment onto greater efficiency a situation that now makes these so-called powerful persons believe they should introduce new shareholders or partners to an already signed deal?

(5) did the supervising local agencies particularly MIDA secure the necessary authorizations to waive all such critical things as captured in the conditions precedent and what remedial strategy was put in place to forestall a complete breakdown of the concession if any of these conditions later comes back to bite?

(6) will the said agreement indeed suffer any real collateral implementation challenges if the said insurance guarantee is rectified and subsequent scrutiny of all such demands as contained in the agreement?

(7) did the agencies so concerned genuinely agreed on this concession because it believed it was the best way out to propelling ECG to greater efficiency within a time frame or simply a case of maximizing returns of selected local partners?

(8) will the state and state actors be prepared to further into the operations of ECG whiles granting its management, a fully autonomous status such that it can frontally override any needless politicking associated with such state-owned entities?

(9) will the state be prepared to pass a new set of legislative instruments to detach ECG from the control of all such political powers in order to independently bill, connect and disconnect even government facilities as the private concessionaire partners were granted?

(10) Can ECG in the absence of the concessionaire arrangement be provided a performance road map to operate purely as a going concern with key performance variables without any further political interventions should the entire concessionaire agreement be cancelled and the compact called-in by the Americans?