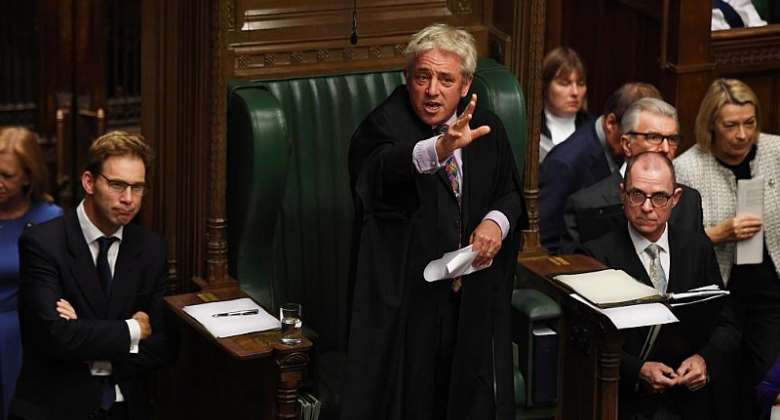 Britain's departure from the EU has been thrown into chaos after parliament rejected Prime Minister Boris Johnson's extremely tight timetable for ratifying his exit deal.

Ahead of the vote, Johnson had warned parliament that if it defeated him on the timetable and forced a delay until January then he would abandon his attempt to ratify the deal and push for an election instead under the slogan of “Get Brexit Done”.

Johnson was on Saturday forced by opponents into the humiliation of asking the EU for a delay beyond 31 October that he had vowed he would never seek. The European Council president Donald Tusk said he is taking the request seriously.

Lawmakers voted 322 to 308 against the so-called Programme Motion which set out a three-day schedule to rush his deal through the House of Commons.

Minutes before, lawmakers voted 329 to 299 in favor of the second reading of his 115-page Withdrawal Agreement Bill, a significant boost for Johnson just five days after he struck a last-minute deal with the EU.

'Do or die'
Earlier in the day France's foreign minister said he saw "no justification at this stage" for an additional delay to Britain's scheduled October 31 departure from the European Union.

"We've been waiting for three years for this decision. It's important for it to be announced today because otherwise there will be no option except 'no deal,' which is not the solution we prefer," France's foreign minister Jean-Yves Le Drian told lawmakers in the French parliament.

"The main question is for the British, that they tell us today, as soon as possible, if it's yes or no," Le Drian said.

Over the weekend, they forced Johnson to ask EU negotiators for a new delay despite his pledge to pull Britain from the bloc at the end of the month "do or die."

European Council President Donald Tusk said the other 27 EU leaders were mulling Johnson's request to delay Brexit but it would depend on how MPs vote.

"It is obvious that the result of these consultations will very much depend on what the British parliament decides or doesn't decide," he told the European Parliament.

"We should be ready for every scenario," he said.

2022 Budget brouhaha: Cooperation has suffered and will cont...
54 minutes ago