Impact Of Natural Disasters On Our Society 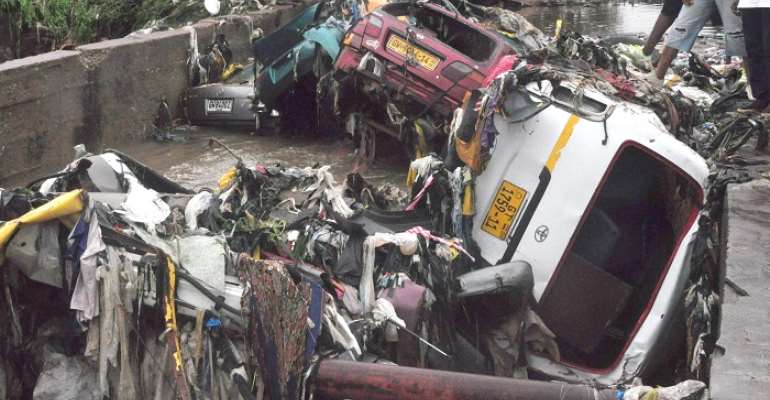 Disaster, according to a Longman Dictionary of Contemporary English, classified it as a noun, which is a sudden event such as flood, storm, or accident which causes great damage or suffering.

There are two basic types of disasters –those with a warning and those without a warning. With torrential rains and flooding, usually, the general public is issued with weather warnings that allowed individuals to initiate disaster response protocols and to prepare in advance of the disaster. However, with events such as tornados, earthquakes and other sudden events, there is no warning and no opportunity for advance preparation to minimize the impact and maximize the response. To be prepared if a disaster strikes, both types of disasters need a developed disaster response plan in advance.

In the case of the torrential rain that invaded about 13 communities in the upper East region, it was obviously one of the natural disasters with warnings. The Ghana Meteorological Agency through the National Disaster Management Organization issued a weather warning to that effect. What is however not clear is the fact, that, whether the public took adequate precautionary measures or not.

In most cases, the public do not take the weather warnings serious as issued by the Ghana Meteorological Agency and the National Disaster Management Organization respectively.

‘Prevention Pays’ as NADMO’s slogan, it is necessary that we put preventive mechanisms in place to prevent some preventable disasters that have the tendency of striking in our country.

The disaster that occurred in the Upper East region some few days ago is an unfortunate incident that man could not have done much to prevent, though, some other human factors could have contributed in its devastating effects which include; building on water ways, use of substandard materials in construction and the poor attitude of rehabilitation of their houses.

What is indeed very painful is the loss of the 21 lives and other valuable property to the disaster that we witnessed in the Upper East region of the country. Reports from the Upper East regional NADMO secretariat further indicate, that, a total of 2,218 houses were totally collapsed rendering about 26,083 people homeless from 13 communities in the region.

Sympathizing with the people of the Upper East region is what every well-meaning Ghanaian must accord them. Government must as a matter of urgency release funds to NADMO to quickly go to the aid of the affected people to effect the rehabilitation and reconstruction process in order not to leave the affected people at the mercy of the weather. The NGO’s and other philanthropic bodies should also help to fully restore their lives to normalcy.

People should pay much attention to weather warnings and always take precautionary measures to forestall any devastating effects that disasters of any kind may visit on us.

May GOD have mercy on those who lost their lives through the disaster and grant the injured ones a speedy recovery?