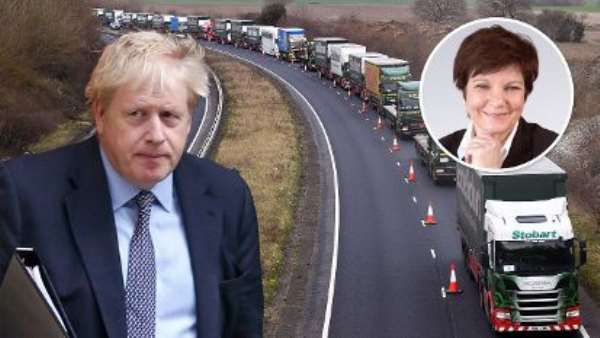 The Brexit drama is already having serious consequences for the European economy. But the British Prime Minister's course also threatens to harm his own country.

Everything has been there before, everything well known? One might ask this question when one looks at the latest developments in British theatre around the Brexit. But one would overlook something if one took the tricks of a decision in the British House of Commons lightly. In the past six months, not only England has drifted further and further away from the European continent. Plate tectonics is also working in the European Union.

While in Brussels in spring there was still the secret hope that the British would reconsider the matter, now it seems certain that Great Britain is leaving the European Union. Now the impatience and the attitude are growing, let them leave at last. Uncertainty costs Europe more political energy and economic growth than Britain's swift and orderly departure would require.

Brexit as a trigger for an economic crisis?

Europe is deep in the economic recession, Germany is closer to recession than the hoped-for recovery. Of course, in the scenario of economic horror, an unregulated Brexit still ranks high. It could become the trigger for a real economic crisis in Great Britain, but also on the European continent. But now the uncertainty comes directly behind it. Having to postpone the Brexit again and again until the British have finally agreed on a solution leads to investment restraint and planning backlogs on both sides of the Channel.

That was different half a year ago. At that time, there were many in the European Union who were sure they could keep the British in the Union by perpetually extending it. But this autumn the costs of this strategy will be visible. Since the Brexit vote in June 2016, the disintegration of the European Economic Area has already taken place: Trade between Germany and the UK, for example, is steadily declining. Exports slumped by almost five percent in the first half of 2019, imports from the UK by just under four percent - after a fairly dramatic decline in the previous year.

Before the Brexit decision, Great Britain was Germany's fifth largest trading partner. Now the country has dropped back to seventh place. In particular, car manufacturers and the chemical industry, already hit by the global economic downturn, are increasingly unable to sell to the United Kingdom.

If there were now a clear perspective on how to proceed, a further decline in trade relations would also be likely. But companies could start planning again. That would be an improvement on the current situation. At the beginning of the year, the Bertelsmann Stiftung had the consequences of the Brexit calculated.

Here, too, the no deal scenario was devastating. The scientists calculated that income losses of up to 40 billion euros per year would have to be borne by the remaining EU states in the case of a hard Brexit. The UK would have to cope with a shortfall of up to 57 billion euros. These losses could be almost halved with a regulated withdrawal. But even then, economic growth on the continent and in the British Isles themselves will remain well below the previous potential.

The plan Prime Minister Boris Johnson now wants to drum through parliament will hit British and Europeans even harder than the outcome of the negotiations negotiated by his predecessor Theresa May. If she wanted to keep Britain de facto in a close customs union with the European continent, Johnson plans a separate path for his country.

He accepts a high price for the goal of concluding trade agreements and being able to dispose of his own regulations. For example, there will no longer be common standards for products and services between England and the continent. Companies wishing to operate in both markets would in future have to undergo certification procedures for each of the markets. It is no wonder that British industry sounded the alarm yesterday, Monday. The aerospace, automotive, chemical, food and pharmaceutical industries in particular fear this development.

The European and British economies are in difficult shape, the line between lull, recession and crisis is narrow. A hard Brexit would almost certainly send the economy south for good. But lasting uncertainty would not help it either.