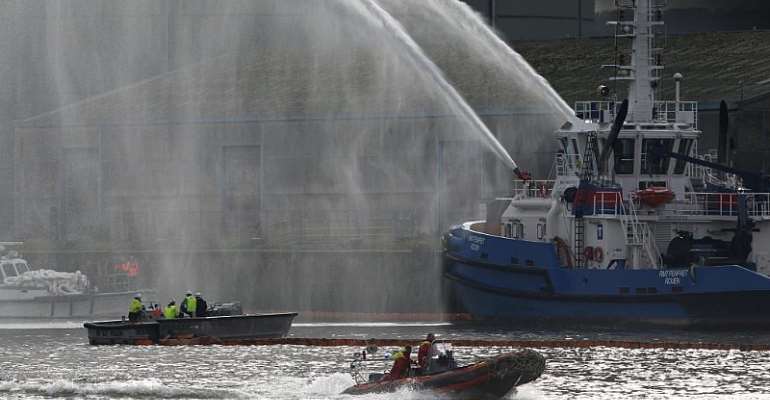 Barrels carrying dangerous chemicals are being evacuated from the Lubrizol plant in the northern French city of Rouen – nearly a month after the facility was ravaged by fire.

As part of a cleaning operation that's expected to last two months, a remote-controlled robot is being used to treat and remove 160 drums containing industrial lubricants and fuel additives.

If heated, the substances contained in the barrels can cause extremely dangerous fumes.

Since the fire broke out on 26 September – forcing the closure of schools and nurseries in 13 municipalities – authorities have received more than 130 complaints from residents suffering breathing problems and farmers who have had to stop work.

Meanwhile local officials are expected to give evidence Wednesday as part of a commission of inquiry by the French Senate that seeks to evaluate the way the environmental, health and economic consequences of the fire were managed.

The commission hopes to put forward solutions to help prevent industrial accidents and to better manage them when they do happen.

Lubrizol is a US multinational owned by billionaire investor Warren Buffett. Its CEO, Eric Schnur, told the French National Assembly: "All the information we have indicates that the fire started outside our facilities, but we are waiting to know the exact source and cause."

The French daily Le Monde reported that, in 2010, a study on safety found “alarming shortcomings” of subcontractors, a quarter of whom admitted to remaining silent over irregularities.

The factory – which has been operating since 1954 – gained notoriety in 2013 when a foul smell emanating from its premises sparked a national health crisis.

The nauseating gas mercaptan had formed in a tank at the plant, causing a stink that spread all the way across the Channel to England.

An investigation found the mercaptan leak was caused by human error.