We Will Stand Against Privatization Of GACL- Airport Workers 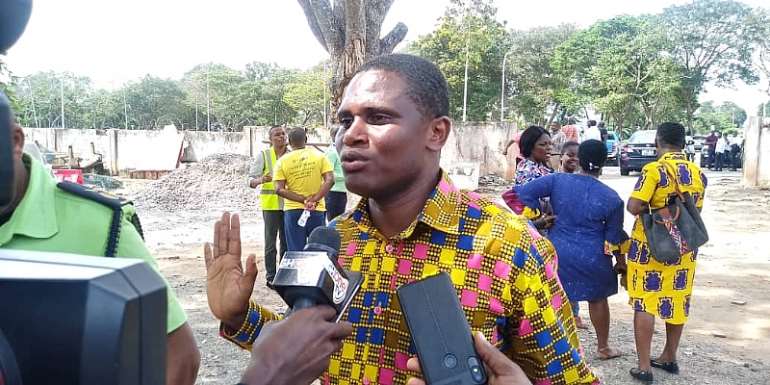 Some workers of the Ghana Airports Company Limited (GACL) have stated emphatically that, they will use any force to resist the proposed privatization of Ghana’s Airport.

The group believes the government through the Aviation Ministry has plans to privatize the GACL hence their decision to stand up against such allege proposed plan.

According to the workers, despite verbal assurances by the Minister and government, there are still signs and overtures that suggest the privatization effort is still on the table.

The Workers have earlier petitioned President Akufo-Addo over plans by the Aviation Minister to privatize management of airports in the country.

In a petition to the President, the aggrieved workers said the suspicion of government plans to privatize the company has already depressed staff of the firm.

“Your Excellency, the Minister of Aviation’s press statement dated April 17th, 2019, in a response to a leaked cabinet memo detailing government’s intention of handing over the management of the Kotoka International Airport (KIA), to a private partner, has left the teeming workers in a complete state of despondency knowing what privatization had done to several organizations in this country .

“Mr. President, the management of the GACL has demonstrated a clear understanding of the airport business. This is evident in the consistent posting of profit since 2011 in spite of the financial challenges at the inception of the company.

But speaking to Kingdom FM 107.7 News during a press conference organized at the Kotoka International Airport in Accra, Acting General Secretary for the Public Services Workers Union (PSWU) of the TUC, Bernard Adjei noted that, they had earlier information that showed the governments intentions of privatizing the company so, therefore, they will fight against such move.

He stressed that the entire working force is worried over the plan which they decided to speak against any of such intention but says they will be engaging the Aviation minister to deliberate more on the rumors of privatization.

Some workers of the Ghana Airports Company also appealed to the government to change any plans of privatizing the company which they claim the move will render some of the workers jobless.